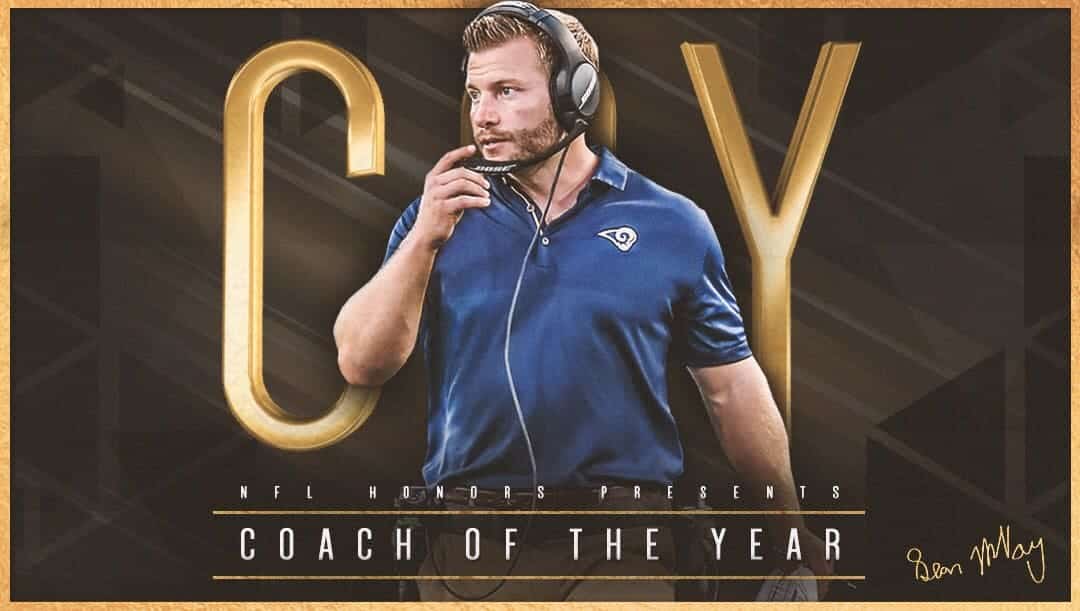 We preview the leading contenders for NFL Early Coach of the Year – see a full list of candidates and betting odds below.

Place your wagers on NFL COY at BetOnline.ag and enjoy up to a $1,000 deposit bonus. 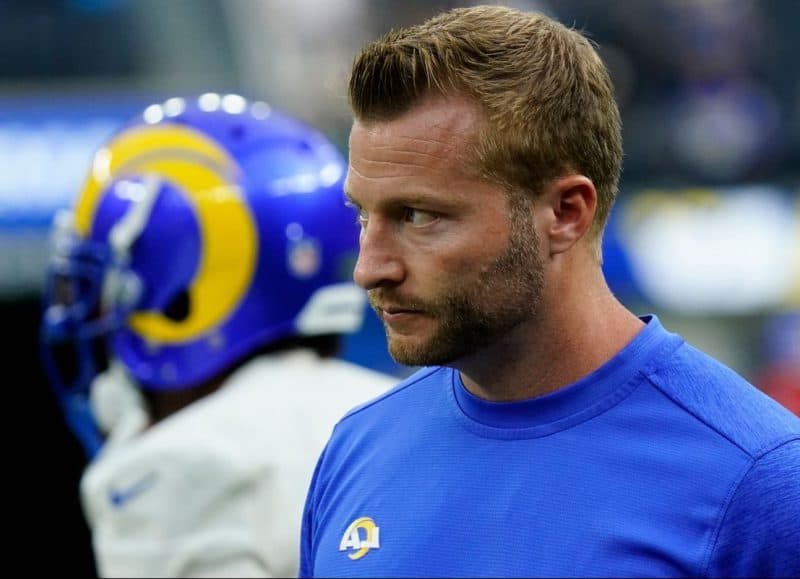 Sean McVay currently has the best odds to take home the NFL Coach of the Year award.

A very good reason for that is their undefeated record heading into the fourth week of the regular season.

McVay has already been recognized as one of the best coaches in the league so he may have a little bit of an advantage over some other competitors but his team is obviously playing like they are the best around right now.

Don’t forget, McVay coached this Rams team to a Super Bowl appearance behind Jared Goff not that many years ago.

Now, he has a perfect partner in crime with Matthew Stafford under center.

The playbook has opened up completely with a veteran presence back there and the receivers and running backs have all benefited tremendously.

McVay has also gotten this defense on the right track despite losing a number of key guys during the offseason, especially in the secondary.

Jalen Ramsey and Aaron Donald continue to be arguably the best defensive combination that is out in the NFL as well.

The Rams just knocked off the defending champions last weekend and could lock themselves in as Super Bowl contenders with a big win over the Arizona Cardinals this weekend. 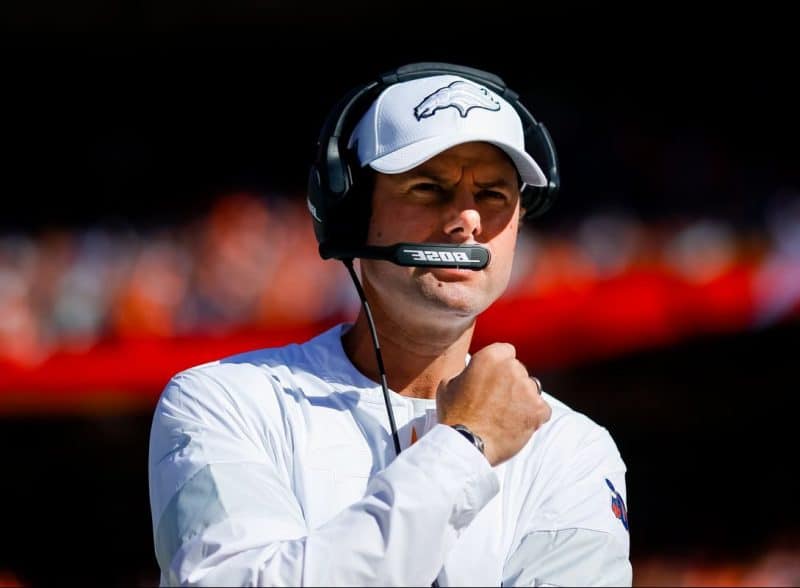 I admittedly wasn’t a huge fan of this hire when it was first announced but it has grown on me a lot since then.

Brandon Staley seems to be giving this Los Angeles Chargers team exactly what they need right now and that’s confidence.

The last couple of years, the Chargers were known as one of the most talented teams in the league and yet couldn’t close games out.

Losing far more than they should despite big lead after big lead. Staley has given this team a new look on things and after three close games already, the Chargers have pulled out wins in two of them.

One of them came against the Kansas City Chiefs and Patrick Mahomes, a feat that shouldn't have to be explained very much. Offensively, Staley has fit right in and has done a great job with Justin Herbert, who has played like a veteran the whole year.

Their offensive line also looks leaps and bounds better than it did towards the end of the 2020 season.

Staley is really making his mark defensively, after all he was known as a defensive guru when he took the job.

The Chargers may not have the record needed for Staley to win the award but if this team continues at their current pace, then he would have to be recognized due to their turnaround from one season to the next. 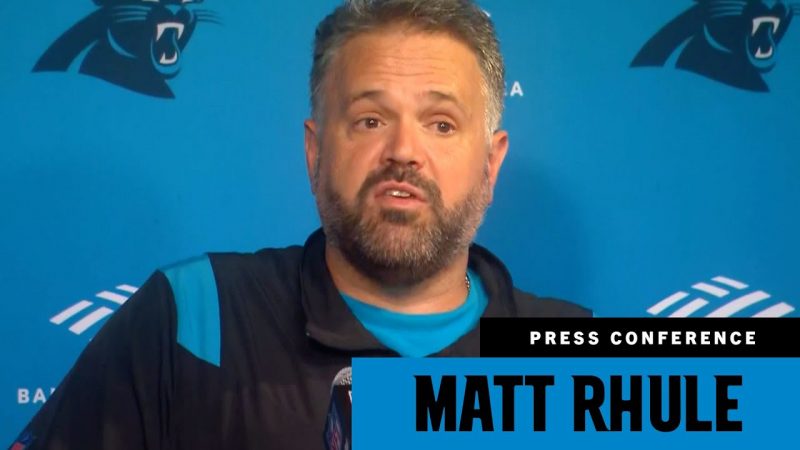 Matt Rhule has honestly been a great coach since he’s entered the league.

They traded for Sam Darnold over the offseason and used their first-round draft pick on a bigger positional need, a move that worked out tremendously in their favor.

Darnold has been great under a new coach and has a ton of weapons such as Christian McCaffrey, D.J. Moore and Robby Anderson to work with.

Defensively though is where this team really starts to shine.

They were known as a young crew with high potential but they are exploding onto the scene in 2021. Brian Burns, Jeremy Chinn and Jaycee Horn are just a couple of guys who have played out of their minds this year.

The pass rush is outstanding which has caused their secondary more room for error.

Horn did unfortunately get injured and will miss the next month or two BUT the team instantly traded for former first round draft pick C.J. Henderson out of Jacksonville.

Rhule knows exactly what he is doing with this currently constructed roster and the stats back it.

Carolina is undefeated on the season, all of which have been really strong victories.

They could fall of within the next couple of weeks due to their schedule getting harder but as it stands right now Rhule is in heavy consideration.

Similar to Staley and the Chargers being mentioned on this list, Vic Fangio gets a mention also.

He is fourth on the current odds to win the award and for good reason.

He isn’t the most known coach or the most accomplished one but he has been rallying this Denver Broncos squad so far. 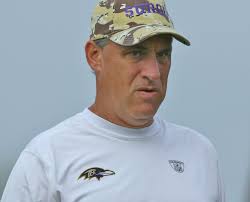 Granted, the team has played three teams this year that have combined for an 0-9 record, but that hasn’t stopped them from dominating every facet of the game each time.

They aren’t just barely winning over this horrible teams, their stomping them.

Fangio’s decision to roll with Teddy Bridgewater over Drew Lock was a questionable one but it has worked out perfectly.

Bridgewater is consistent and you always know what you are going to get from him, the team also loves him. Lock was a bit riskier with higher potential.

Bridgewater has carved up defenses so far and has even flashed strong running ability when the pocket breaks down.

Defensively they have been untouchable. Yes, they haven’t faced a great offense just yet, but you can’t deny their effectiveness.

Von Miller, Patrick Surtain and Justin Simmons are a few names you might recognize on this defensive unit.

Look, Fangio winning the award may be a huge longshot looking at it right now, but he can’t be ruled out.

He is getting the job done each and every week and his team loves him.

As I mentioned before, record does play a big part of this award.

However, if a team does a complete 180 degree turn from one season to the next, that coach is going to be looked at extra hard during the voting process.

Seeing a mediocre Denver team that missed the playoffs end with an 11-5 record and a playoff appearance just might be enough to get Fangio the recognition that he rightfully deserves. 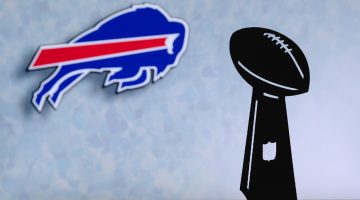 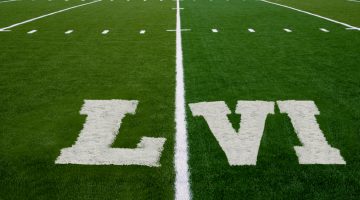 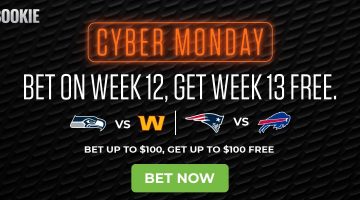 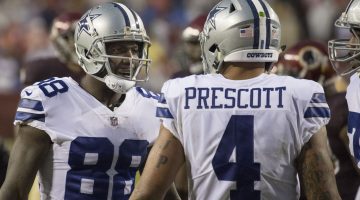