The 2021-22 men’s college basketball season is hitting its home stretch and soon it will be time for March Madness betting. Conference tournaments will begin and 358 teams around the country will compete for a spot in the NCAA tournament’s field of 68.

Contents show
1 Top March Madness betting Tips
2 Picking Gonzaga
3 Picking No. 5 Seeds
4 Basketball Schools?
5 Elite Eight
6 Time Is On Your Side
7 Speaking of Seeds
8 Top Sportsbooks for March Madness betting Bonuses
March Madness has become one of the most popular sporting betting events in the world and typically takes in over $9 billion in wagers.

Here’s something to get you ready for this year’s March Madness betting action. 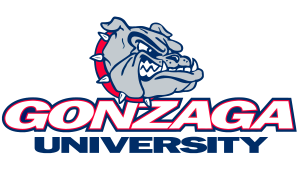 Gonzaga, which lost in last year’s national championship game, began this season at No. 1. The Bulldogs lost two games early and fell out of the top spot but have earned the top-ranked spot again. They will likely be the NCAA tournament’s No. 1 overall seed barring any upsets over the remainder of the regular season.

When filling out a tournament bracket, be careful in picking No. 5 seeds.

Since the NCAA began seeding the tournament in 1978, 51 teams seeded No. 5 have been upset in the first round.

No team seeded No. 5 has ever won a national championship either.

In four decades of seeding the tourney, only five No. 5 seeds have even made it to a Final Four.

None of those schools have ever played for a college basketball national championship. All five programs will make this year’s March Madness, but could one win a national title?

There has never been an Elite Eight without at least one No. 1 seed.

Time Is On Your Side

Last year’s Final Four was the first in the history of the tournament to not have a team from the Eastern Time Zone.

Until Baylor’s national title last season, the only tournament champion since 1998 not from the Eastern Time Zone was Kansas in 2008.

Last season could be the beginning of a new trend. According to the latest bracketology reports, the No. 1 seeds in each region are Gonzaga, Kansas, Arizona, and Auburn.

Two No. 2 seeds – Texas Tech and Purdue are not in the Eastern Time Zone.

A No. 1 seed has won 22 of those 36 tournaments, including each of the last four.

5 / 5
TOTAL SCORE
Bovada sportsbook with a $750 Bonus offer for new players is equipped with the experience and skill to quickly become the industry's powerhouse brand and the most relied on.
Review
Play NowPlay Now
18+T&C's apply
18 +. Terms & conditions apply

5 / 5
TOTAL SCORE
BetOnline.ag offers the latest betting technology with exciting promotions like their Lifetime 25% Bonus Guarantee with up to $250 in freeplays on EVERY deposit you make - 24/7/365!
Review
Play NowPlay Now
18+T&C's apply
18+. Full T&C's apply. 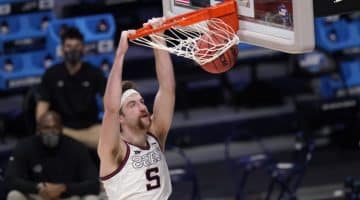 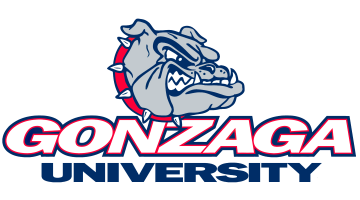