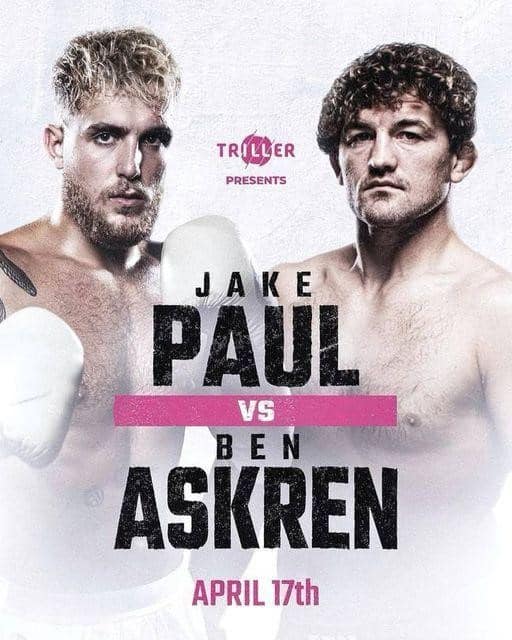 Crossover to boxing from MMA has become the talk of the town, especially when it comes to celebrity-driven boxing cards. And these events really attract a fair percentage of the audience towards them, bringing a whole lot of money.

We have another exciting card on our hands and it’s just merely a few days away when retired UFC star Ben Askren will crossover to boxing on Saturday night to battle YouTube celebrity, turned professional boxer Jake Paul in a showdown on Triller pay-per-view.

Some fans may consider this as a strange mismatch while others mention it as the world’s weirdest circus act. Whatever it may be thought, it’s very difficult to tell at this stage that how this fight will fold up on the night. 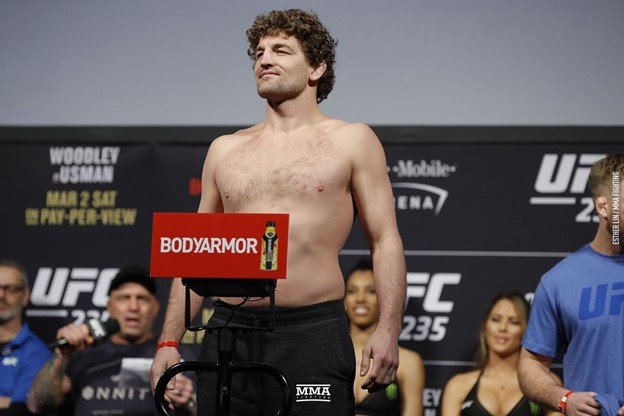 Who really is Ben Askren?

People may probably know Ben Askren for him being viciously KO’d in under 5 seconds by UFC superstar Jorge Masvidal, who will also be contending for the welterweight title soon against the Nigerian nightmare.

But before the altercation with Masvidal, Askren was an undefeated fighter and was considered one of the most effective wrestlers in MMA. After a successful amateur wrestling career, Askren shifted his focus towards MMA and securing accolades here as well.

Askren was champion in two of the world’s top MMA organizations, Bellator and One FC. Askren dominated his opposite numbers here and was considered formidable.

After crushing his foes, Askren finally decided to join UFC, the no.1 MMA organization in the world. He made his UFC debut against the former welterweight champion, Robbie Lawler, winning rather controversially in the first round by technical submission.

Askren then met Masvidal next, where he was famously knocked out in the first round by a flying knee. And his next outing against Miaa didn’t go the plan as well. Successive losses along with chronic long-term injuries had ultimately forced him to retire from MMA. 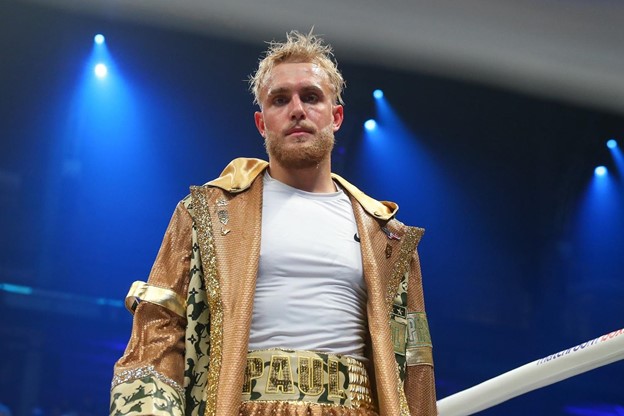 Who is Jake Paul?

Jake Paul is a famous YouTube personality with a considerable following across social media platforms. His appearance on the now-defunct video platform Vine and Bizaardvark brought him real fame initially.

The YouTube Star turned, pro boxer previously fought fellow YouTuber AnEsonGib, knocking him in the first round in his very first professional fight.

Then he fought the former NBA guard Nate Robinson in the co-main event of the Mike Tyson vs Roy Jones Jr, knocking him clinically in the second round. In the aftermath of that win, Paul and Askren began their war of words, and that evolved into a confirmed fight. 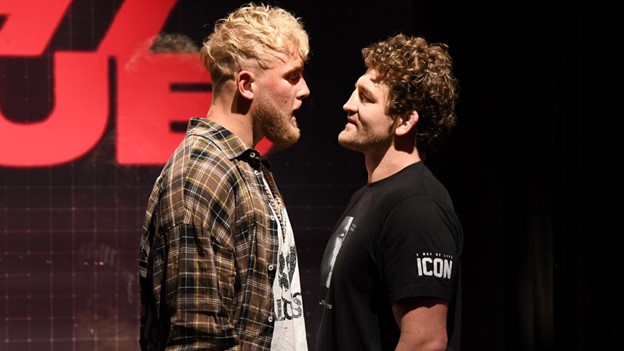 Ever since the win against the former NBA player Nate Robinson, the two have traded a trash talk for the better part of six months. Credit to both men for taking on this challenge.

On one hand, you have a young, fierce man in the form of Jake paul who will be looking to improve his professional record to 3-0.

While on the other hand, you have a man who has trained striking and punching for the better part of his life, in contrast to Paul’s last two opponents, who looked like they’d never seen a 12-ounce glove.

Ben Askren really has to put in a shift on the night, rather than losing or getting knocked out. It will definitely result in endless ridicule, not only on the part of his but also on the part of the MMA community. 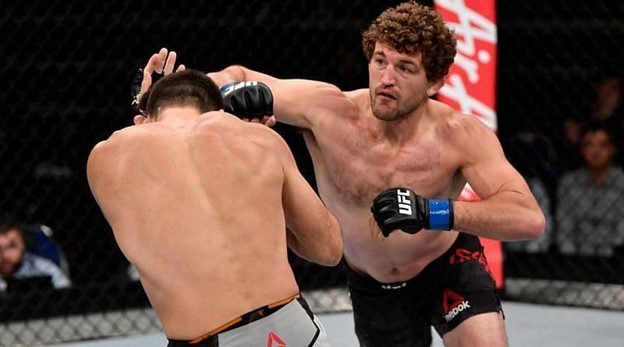 Does Askren have a chance against Paul?

If you were to ask a layman on the street whether a YouTuber could beat a Mixed Martial artist, I’m fairly certain that the results would be 100% behind the fighter.

“FUNKY” Ben will be coming into this fight as a slight underdog, with his striking being labeled as an ordinary one. If you haven’t followed the career of Ben Askren, you may think that with the background of Mixed Martial Arts on his back, he would be a threat and easy winner in this fight.

But that’s not the case simply.

It was clear throughout Askren’s career that his game plan was to bring the fight on the mat, rather than stand up and scuffle with his adversaries. Surely, Askren knows how to throw a punch and has been sparing and striking for years.

Askren coaches had been working on this aptitude of his as well. But it is not something that would come easy for Askren. If Askren is to win, he has to weather the early storm of the young YouTuber, along with some clinching and real dirty boxing.

Askren does have a good jab in his armory and if he survives the early round, there is a very good chance of him being victorious on the night.

One more thing that may work in favor of the 36 years old American is good cardio. And this may help him in the later rounds if the fight goes to the distance.

Is Paul worthy of Hype?

Paul beat fellow YouTuber AnEsonGib by first-round technical knockout in January 2020, and he followed that up with a brutal second-round knockout of former NBA star Nate Robinson in November.

Paul dominated both fights and beat them badly, exhibiting his strength at the bigger stage. Paul is undeniably a big, strong kid, and young enough that the idea of him knocking out the people isn’t unrealistic.

But Paul will be facing his toughest test to date, though, in the form of Askren who owns a record of 19-2 as a professional MMA fighter.

Whether you like him or hate him, you have to admit that Paul has some boxing skills under his sleeves.

Ever since his debut, Paul has seemed to take his boxing training seriously and has shown that he can compete with his fellow celebrities out there. But for him to take a standard boxing path is unreasonable.

Paul knows how to attract big money companies every time he steps into the ring for these fights against other “personalities”. But taking him into the category of athletes is a little too early. 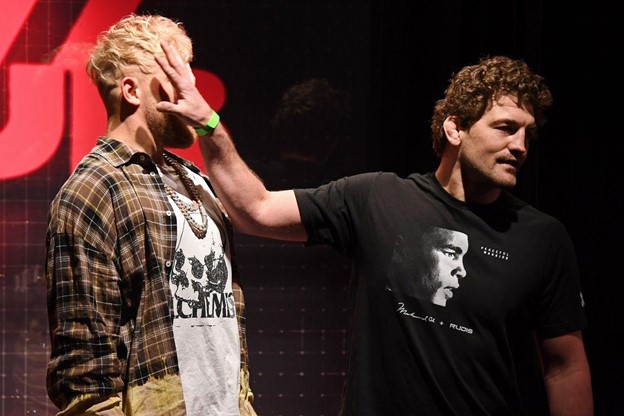 Press conference, as expected went on bizarrely, with each of them taking jibes on each other.

“I started boxing two years ago and I’m still going to knock his ass out faster than Masvidal.

“These MMA guys think because they throw punches they know how to box.

“The world complained because I knocked out a basketball player and not a real fighter. So now I’m giving the people what they want by taking on a ‘real fighter.’

“After Ben Askren is added to my knockout meme collection, what can anybody say?

“Askren has 20-something MMA fights,  has been in there with Robbie Lawler, he’s a tough guy. I think anyone would have been knocked out by Masvidal’s knee. That knee that landed would have knocked anyone out.

“But these MMA guys, just because they throw punches they think they can box.

“This is why I’m confident in my ability to destroy this guy. They have no head movement, they’re slow, they aren’t going to the gym every day and boxing.”

While Askren decided to take some personal crack at his opposite number. Ben Askren appeared to get under the skin of rival Jake Paul by taunting him about his brother, Logan, at their press conference.

“I’d heard of Jake Paul prior to accepting this fight, but I couldn’t have told you a lot about him or his brother.

“His brother’s a lot more talented, has a larger following.

While I think that both men will come out swinging hard and may land cleanly one or two blows, which could look a little sloppy overall, but I do believe with Ben having fought quite tougher guys than Jack, with his canniness, he can definitely make an impact.

The conditioning and cardio that Askren has in his pocket will likely be the difference as the fight drags on to the fourth round and beyond.

The only chance Jake Paul has is, to knock out Askren early in the fight probably in the first or second round but as the fight goes long, chances of him winning the fight will become gloomier.

For me, there’s simply too much value on a professional fighter who has taken harder punishments than paul has ever endorsed.
If Askren fights sensibly, the fight will be an easy cake for him especially for a professional like him having experience of almost two decades on his back. 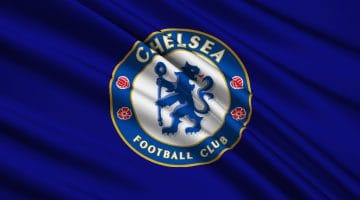 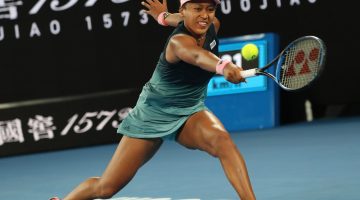