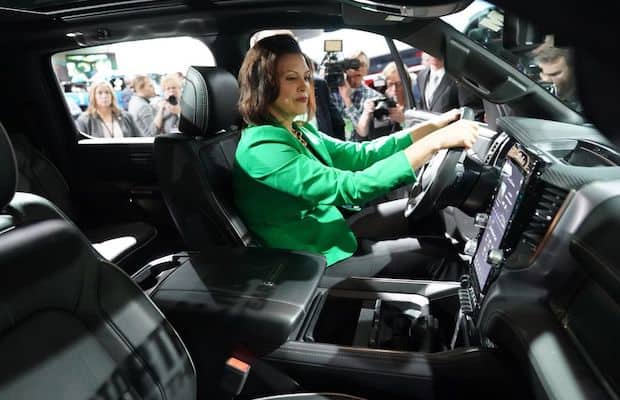 Now that the Michigan sports betting and iGaming bills are in the Senate, Gov. Gretchen Whitmer is back at the table for discussions.

Sen. Curtis Hertel Jr. tells Legal Sports Report that he spoke with the governor’s office and industry stakeholders this week.

He is working to find a middle ground on how Michigan sports betting would be taxed. The administration holds concerns that mobile gaming and wagering could cannibalize the state’s internet lottery revenue, 25% of which goes to the public school system. A similar worry helped scuttle a Michigan bill passed late last year.

“She has expressed concerns, and I don’t think any of it is beyond fixable,” Hertel said of Gov. Whitmer. “I certainly appreciate her engagement, unlike the last governor who basically didn’t engage and then vetoed the bills anyway.”

Internet gaming and sports betting bills were expected to be on their way to passage in Michigan this year. Whitmer later released a Michigan Department of Treasury analysis in June that requested much higher taxes and fees than Rep. Brandt Iden had in the legislation.

Iden said he couldn’t get the administration to come to the table to negotiate. It didn’t help that Iden and Republican lawmakers in the state feuded with the Democratic governor over the state budget.

The industry made an even larger concession for iGaming. The bills passed in the House last week, but Rep. Rebekah Warren indicated that the governor would veto both pieces of legislation in their current forms.

“I think Chairman Iden did a great job getting it this far and getting the stakeholders to agree,” Hertel said. “My job is to work with the stakeholders and governor to get further agreement. I’m absolutely confident we can get this done.”

Hertel indicated that the administration is now negotiating with gaming stakeholders, having come down at least somewhat from the larger asks in June.

He is particularly enthusiastic about the prospects of the sports betting legislation, as it doesn’t have the same concerns over cannibalizing the iLottery and hurting the School Aid Fund that the iGaming bill faces.

In case the governor strikes down only the iGaming bill, the final iteration of the Lawful Sports Betting Act passed by the House untethered it from the internet gambling bill so that mobile wagering is included in the sports betting bill.

Hertel would like to reach an agreement and get a Senate vote on the bills before the legislature breaks next week for the rest of the month. However, he sees before Christmas as a more realistic goal.

If changes are made by the Senate, the bills would return to the House for a vote of concurrence before heading to the governor.

“We’re making progress,” Hertel said. “We’re going to make sure these bills get done, signed and that people have access to all this by the beginning of next year. Our goal is certainly to have sports betting before the Super Bowl, not that the Lions will be in it.”

As the Senate point person assisting in negotiations between industry stakeholders and the administration, Hertel brings a strong relationship with Whitmer.

Hertel worked closely with the governor on the budget from his position of minority vice chair of the Senate Appropriations Committee.

He is sitting in the Senate chair previously occupied by Whitmer. Hertel ran for Senate District 23 representing East Lansing in 2014 as Whitmer was finishing her two terms.

After graduating from Michigan State University (where she received a bachelor’s degree in communications, intending to be a sports broadcaster, before pursuing a law degree), Whitmer worked as a staffer for Hertel’s father when he was Speaker of the House in the Michigan legislature.