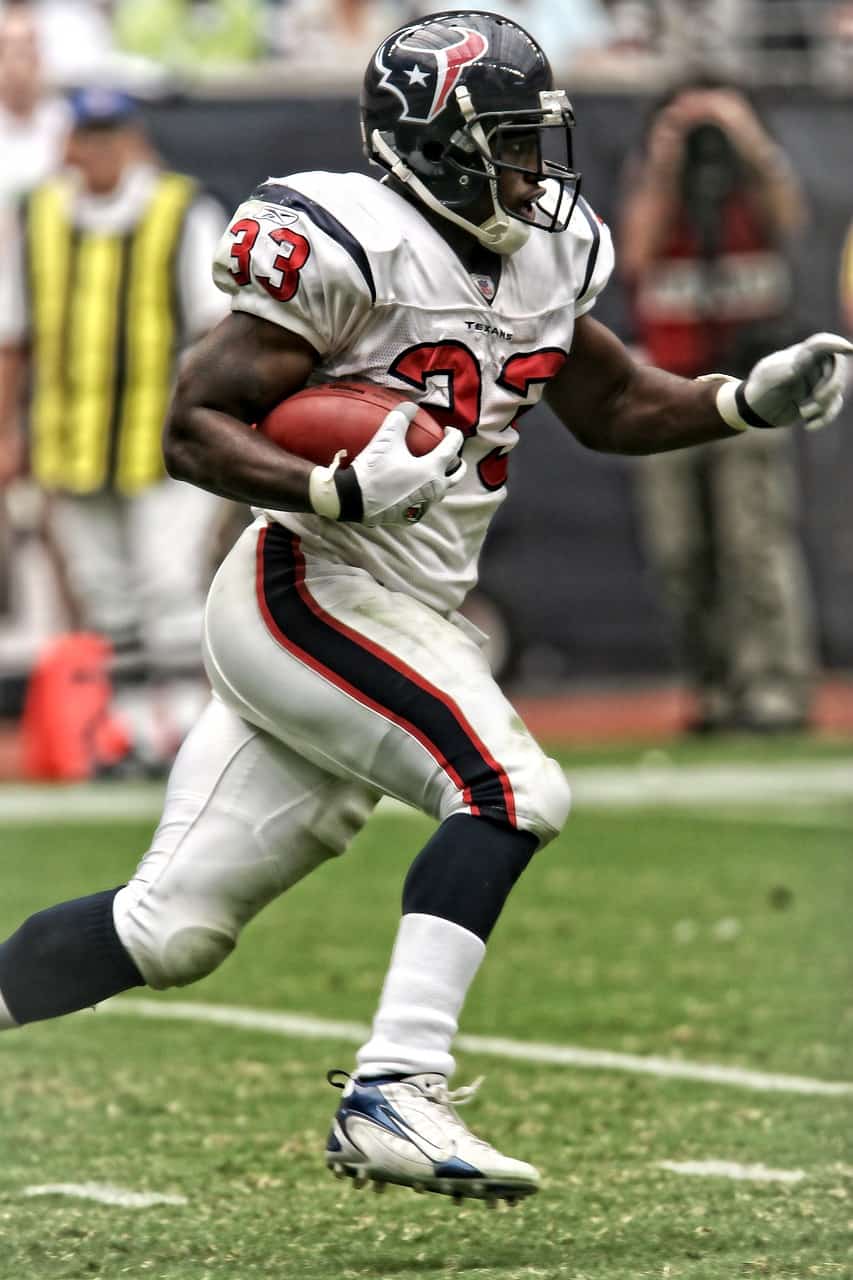 The rookie class of 2019 is ready to take on their first NFL training camp this summer and many are looking to find their way into the starting lineup immediately as teams start their respective training camps at the end of the month.

Here are seven rookies that could have the job come Week 1:

Now that Josh Jacobs is officially signed with the Raiders, he could be an immediate candidate to take over the starting job in the Raiders backfield. The 24th overall pick in last May's NFL Draft is already expected to get plenty of touches overall this season alongside some combination of veterans Doug Martin, DeAndre Washington, Keith Smith, Chris Warren III, and Jalen Richard – all of whom are his competition in camp. The Raiders enter training camp with a fairly crowded backfield, but all eyes will be on Jacobs through camp and the preseason to see if he can clinch the starting job entering Week 1.

Dwayne Haskins was the most hyped quarterback not named Kyler Murray this spring, but also has the most to prove to those who passed on him (cough, New York Giants). At the moment, Haskins isn't expected to take the starting job over Case Keenum and there's no rush with Haskins, who's expected to be the team's franchise quarterback for years to come. But with a solid preseason, he could steal the job from Keenum for Week 1, if not at some later point this season. Keenum is a fine quarterback, but the upside of Haskins may be too tempting to pass up if Washington doesn't win games.

Metcalf didn't light up the stat sheets last season, only playing in seven games with a back injury that probably cost him his original first-round projection. He turned heads in just about every practice during Seattle's rookie minicamp and has already earned much praise from Russell Wilson. He should take the spot left by Doug Baldwin, who retired this offseason. But it won't be an easy road with Tyler Lockett firmly entrenched as the No. 1 option heading into training camp.

A healthy Jimmy Garoppolo throwing to Deebo Samuel in Kyle Shanahan's offense should be enough to get Niner fans hyped for 2019. Samuel's ability to take a quick screen the distance and make things happen at every level of an opposing defense should see him get plenty of opportunities this season, even maybe a spot in the starting lineup at some point, if not from the outset. With the departure of Pierre Garcon (who may still yet return), Samuel will battle with Marquise Goodwin for the top slot.

Jay Gruden loves Montez Sweat, and has already said that Sweat is expected to get plenty of playing time this season in the Redskins defense, and that he's the fastest player on the team. The biggest question mark surrounding Sweat is his health. If Sweat doesn't have any issues with what may or may not have been a misdiagnosed heart condition, Sweat could find his way into the Week 1 starting lineup, if not at some point shortly after. With that said, it won't be easy; Ryan Kerrigan has quietly been one of the top edge defenders in the league over the last few years, but Sweat's optimal spot may be across from the Pro Bowler.

34-year-old Joe Flacco is the projected, and expected starting quarterback for the Broncos this season. But if Flacco struggles in the preseason or if the Broncos are floating around .500 or just under by their Week 10 bye week, Lock could take the job much sooner rather than later, bringing the Broncos future into the present. Given Flacco only threw 12 TDs and six interceptions in merely nine games last season, it would have to be a major resurgence to hold onto the starting spot if Lock looks good.

He earned pretty good reviews after mini-camp, but take that with a grain of salt, and before we can even really talk about Daniel Jones taking over for Eli Manning (which may actually happen sometime this season), let it be known that, as of Wednesday, he's yet to sign his rookie contract. Once Jones signs, he should still sit behind Eli Manning for at the very least the first half of the season. However, if the Giants are not in a playoff race come their Week 11 bye (or even if they somewhat are), Jones could see the field late in his rookie season in a similar way that the Giants threw Eli into the fire in the second half of his rookie year in 2004. If Eli can barely handle the snap in the preseason, though, the Jones era could come immediately. Like it or not, Jones as the starting quarterback of the New York Giants is something that fans will have to get used to sooner rather than later.