Home NFL Betting Which Sport do Underdogs Win in the Most Often?
1

Which Sport do Underdogs Win in the Most Often? 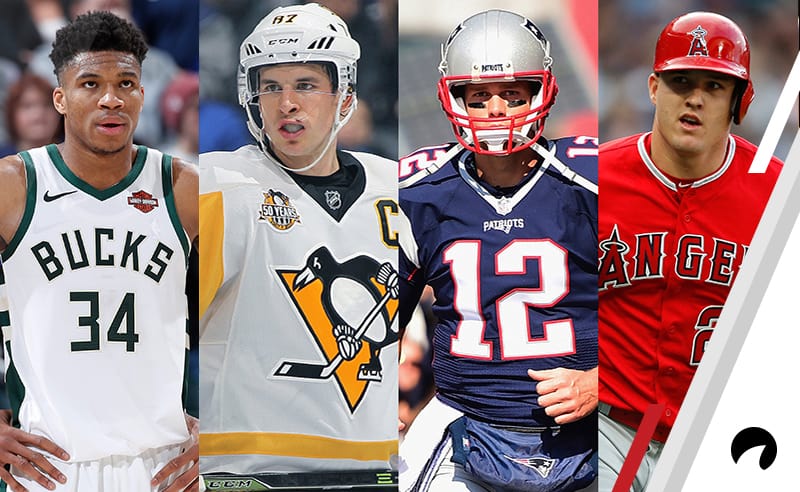 As a sports bettor, there’s nothing more satisfying than cashing in on a big moneyline underdog bet. Whether you’re a hard-core handicapper who’s crunching every possible number or more of a recreational bettor who relies on your gut more than anything, the thrill and greed of going after that plus-money action is perhaps the most competitive aspect of sports betting.

Be careful, though, because we all know some jackass who beat the book big that one time on some ridiculous parlay bet (I have been that jackass a time or two). It’s likely a story they bring up often, but the truth is, these big multi-leg parlay bets rarely win and the best course of action when betting underdogs is to limit your risk and make individual game bets. With that in mind, I’ve compiled a comprehensive breakdown of how underdogs perform in the most popular sports leagues in North America.

Here’s the win percentage of underdogs for the last five full regular seasons of the NFL, NBA, NHL MLB, NCAA Basketball, NCAA Football, along with the last five years of the UFC:

These numbers shouldn’t come as much of a shock, although I would have expected the NHL to be higher than MLB since hockey is a lower-scoring sport. As for the two college sports, we often see matches that are so lopsided that moneyline odds aren’t even on the board. Each college league offers some matchups with such drastic disparities in performances levels, often on a nightly basis. We don’t see this in the pro leagues so the low underdog win percentages make sense.

The predictability of the NBA in recent seasons appears to extend to the betting window for individual games while there’s also less parity in the NFL, which is why we see a greater number of games with larger moneyline underdogs in each league. While MLB and the NHL have only seen a combined 69 teams close as an underdog of +300 or more in the five-year span, the NBA has had 1,774 and the NFL has had 210. Given that they have many more teams, the college numbers are in a completely different ballpark with NCAA Basketball seeing a whopping 7,533 underdogs of +300 or more, with NCAA Football having 2,184 underdogs in that range.

Here’s how underdogs performed in each league in five separate odds ranges. Profits (or significant lack thereof) are based on $100 bets:

What jumps off the page is that just a few of these ranges are profitable. This is hardly a surprise, though, as blindly betting every single underdog is a godawful betting strategy.

Taking a look at the biggest profit range, college football underdogs of +301 or more profited at the high amount. This number is influenced primarily by some massive upsets — most notably, the Howard Bison as a 45.5-point underdog defeating the UNLV Rebels in 2017. A $100 wager on the Bison would have resulted in a profit of $55,000.

Over in the UFC, we’ve seen dogs of +100 to +150 cash in over the last five years. This is one of my favorite betting spots, as usually these matchups are tighter than the odds indicate. Setting lines for UFC fights can’t be easy as we often see matchups between fighters with drastically different fighting styles and experience levels. Keep those two things in mind when analyzing UFC odds.

Ultimately, the bottom line for betting underdogs is to dig deep and do your homework. Sportsbooks hit the jackpot year after year based on people simply betting on instincts and chasing those sexy +600 parlays. However, by limiting your risk, and putting some time in, you’ll be able to pick some winning underdog betting spots and burn the books no matter what sport you like betting on the most.