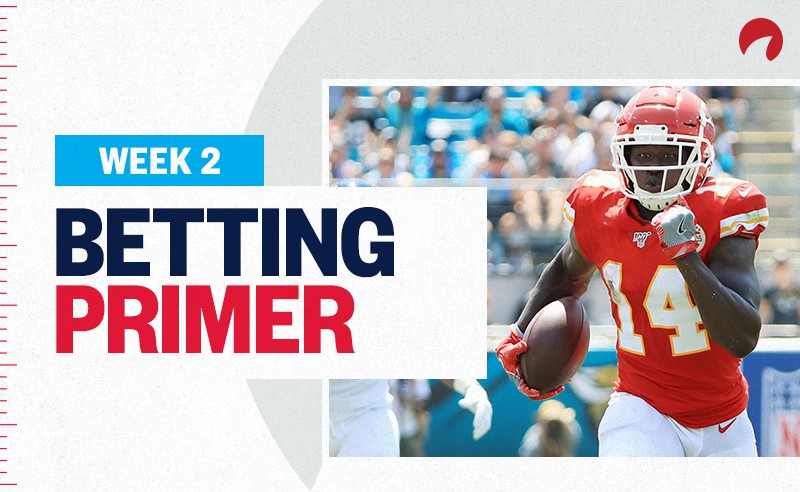 The thing you don’t want to do is overreact to Week 1’s results when handicapping games for Week 2. Yes, some of what we witnessed will carry over, but some of those results will turn out to be outliers when we’re looking back on the 2019 regular season.

Let’s use the Ravens as an example. In Week 1, they handed the Dolphins what will likely turn out to be the worst beatdown of the season. They had a similar Week 1 performance in 2018 when they humiliated the Bills 47-3. How did they follow that up in Week 2? They lost by 11 to the lowly Bengals.

The Dallas Cowboys are another one. In Week 1 last season, they had possibly their worst performance of the year, getting shut out through three quarters in Carolina and eventually losing 16-8. It was a disaster start and as a result, they were undervalued as a 3-point home favorite vs the Giants in Week 2. They bounced back and covered the spread.

The NFL is very much a week-to-week league and results from the previous week don’t often translate to the same performance in the next. We saw the Bears, Browns and Falcons all have major letdowns in Week 1. It’s possible that one of those teams will be a major bust this season but I think we’ll see at least two of them bounce back this week, while some of Week 1’s surprise teams will likely regress.

So, feel free to react, act, adapt, but NEVER overreact.

How to Drink Beer on Game Day

Now then, on to pressing matters. From time to time in this weekly article, I’ll be sharing things from my life that have served me well that don’t necessarily have anything to do with sports betting. As a fellow sports lover, I’m sure we have a lot in common, so perhaps my non-sports betting tips and anecdotes can be used to add value to your life as well.

It’s a fairly simple process that goes like this: Ideally you’ll have beer chilling in the fridge in preparation of the big day. Before consuming your first one, put it in the freezer for 10 minutes. When you retrieve it to drink, place one from the fridge into the freezer and continue this pattern following the consumption of each beer.

This will ensure your beer is at an optimal drinking temperature throughout the day, thus maximizing your game-watching and beer-drinking experience.

Below you’ll find the best trends and some stats for every Week 2 game. Good luck this weekend, enjoy the rotation, and as always, keep chasing that paper!