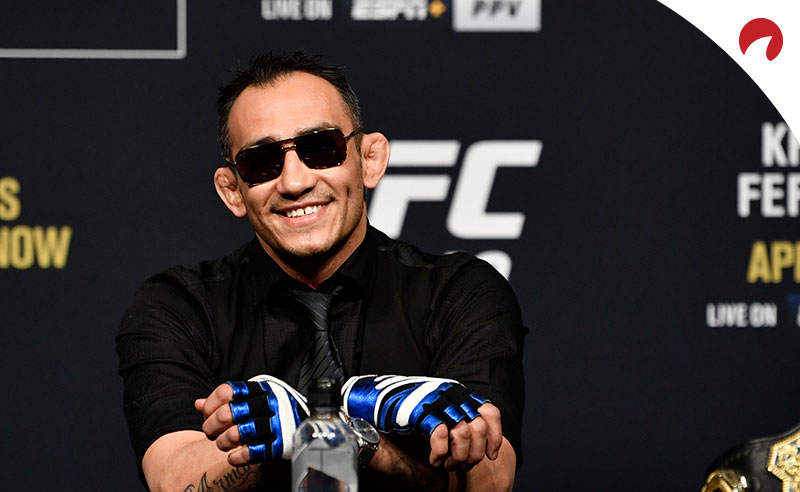 The UFC will return to action on May 9 after a nearly two-month hiatus during the COVID-19 pandemic. UFC 249, originally set to take place in Brooklyn on April 18, will be the first card back and will take place in Jacksonville, Florida at the VyStar Veterans Memorial Arena. There will be two titles up for grabs on the card with the main event being Tony “El Cucuy” Ferguson colliding with Justin “The Highlight” Gaethje for the interim lightweight belt.

Online sportsbook Bovada has listed Ferguson as the -180 favorite in the main event with Gaethje coming back at +150. I have a preview and pick for each fight on this stacked main card.

Riding a lengthy winning streak is Tony Ferguson (-180), who has won 12 straight fights with his last loss coming in 2012. Most recently El Cucuy beat Donald Cerrone by doctor’s stoppage last June. As for Gaethje (+150), he’s won three consecutive bouts, all first-round finishes, with the latest being a first-round knockout of Cerrone.

The California native, Ferguson, is extremely unorthodox on the feet, throwing plenty of spinning attacks, and his cardio is unmatched, allowing him to throw more physically demanding high-risk moves with little worry of getting tired. He has been taken down 11 times over his last 10 bouts, but he has nasty submissions off of his back so he doesn’t mind getting taken down.

Meanwhile, the Arizona native, Gaethje, is more of a straightforward brawler-type fighter who bullies his opponents in the Octagon and is willing to eat a strike if he can land one in exchange. This style of fighting is extremely dangerous, resulting in 20 of his 23 pro fights ending in a knockout, but fortunately for him, 18 have been in his favor. The Highlight does have an underrated grappling game, but it rarely gets shown off and I don’t anticipate him going that route in this fight. Look for an all-out war.

For more on this fight, check out my odds analysis article.

Returning to the Octagon for the first time in over three years, former bantamweight champion Dominick “The Dominator” Cruz (+180) looks to recapture his belt against Henry “The Messenger” Cejudo (-230). Cruz had his 13-fight winning streak snapped in his last fight when he lost a decision to Cody Garbrandt in December 2016 – injuries have sidelined him since. The champ, Cejudo, is also coming off an injury, claiming the bantamweight gold last June but not fighting since then.

The Messenger has steadily improved in the Octagon since making his debut in 2014. He was mostly a wrestler in the cage after striking Olympic gold in 2008 in that discipline, though his striking is something to be feared as well. Cejudo has knocked out three of his last five opponents and showed off his resiliency and toughness in his knockout win over Marlon Moraes last June.

The Dominator also has exceptional striking, making his opponents miss 74 percent of their strike attempts and outstriking 12 of his last 13 counterparts. Additionally, he averages 3.17 takedowns per 15 minutes, scoring multiple takedowns in 10 of his 11 fights, but taking down an Olympic gold medalist may prove to be a tough task.

For more on this fight, check out my odds analysis article.

A winning streak will come to a close when these two hard-hitting heavyweights collide with a title shot potentially in the balance. Undefeated 10-0 Jairzinho “Bigi Boy” Rozenstruik (+220) burst onto the scene in 2019, making his debut in February and scoring four knockout victories in the year, the latest being a finish of former champion Alistair Overeem in December.

After back-to-back losses to Stipe Miocic and Derrick Lewis, Francis “The Predator” Ngannou (-280) finds himself on a three-fight winning streak. All three victories came as a result of first-round knockouts, with the last two over former champions Cain Velasquez and Junior dos Santos.

Expect fireworks when these two heavy-handed men enter the Octagon. Of Ngannou’s nine UFC victories, eight have been knockouts and seven have come in less than two minutes. Similarly, Rozenstruik has 10 pro wins, with nine by knockout and seven in the first round.

Bigi Boy is often a little slow to react to his opponents, almost engaging in a game of tag where he will allow you to hit him but in turn, you have to survive his power. He demonstrated his chin against Overeem, eating heavy shot after heavy shot and just walking through them until he landed late in the fifth to earn the knockout. As for the Predator, he is much more aggressive, willing to throw first, and his hands are lightning-fast with perhaps the biggest power in the UFC.

DON’T BLINK IN THIS FIGHT.

A pair of fighters coming off losses will be chomping at the bit to get back in the win column. Calvin “The Boston Finisher” Kattar (-250) traveled to Russia to take on the boogeyman of the division, Zabit Magomedsharipov, last November and lost in a close decision. Meanwhile, Jeremy “Lil Heathen” Stephens (+195) saw his winless streak run to four with his decision loss to Yair Rodriguez last October.

Stephens is a bully in the Octagon, always marching forward to get in the face of his opponents to exchange hands. He has a very powerful right hand that he always has loaded and ready to fire, leading to 19 of his 28 pro wins ending in a knockout. He tends to throw only that right looking for the knockout and his opponents have learned to watch for it because he isn’t posing many threats elsewhere.

Kattar has a similar style, but is better defensively, doing a great job covering up and firing back when his opponent is in his face. He also varies up his attacks really well, going low with kicks or high with powerful combinations. In his loss vs Zabit, the Boston Finisher showed off his tremendous conditioning, really pushing the pace as the fight progressed.

Originally scheduled for UFC on ESPN 8 in Columbus, Ohio, on March 28, Greg “The Prince of War” Hardy (-210) will take on Yorgan “The Mad Titan” De Castro (+170) at UFC 249. Hardy looks to rebound from his second career defeat, losing a decision to Alexander Volkov last November (he fell by disqualification in his debut). Meanwhile, De Castro looks to remain undefeated as he lays his 6-0 record on the line. He most recently earned a first-round knockout over Justin Tafa.

Hardy, the former NFL player, has shown improvements each time he enters the Octagon. In the early stages of his career, he was knocking opponents out quickly, and people, myself included, wondered if he was just a one-trick pony beating up easy competition. I’ve been impressed with his evolution in the UFC. Even in his loss to Volkov, he performed well in what was a big step up in competition. His leg kicks will be useful to set up his very strong punches.

A knockout artist in his own right is De Castro, who has finished five of his six wins. He earned a first-round knockout in Dana White’s Contender Series to earn a UFC contract and followed that up with the win over Tafa in October. The undefeated striker has really good knees and his kicks are powerful and accurate. He’s much better as a counter-striker; when he goes on the attack, his punches are often lunging and he is sloppy, leaving him open for a counter.

Here’s a look at the rest of the odds for UFC 249: Ferguson vs Gaethje: 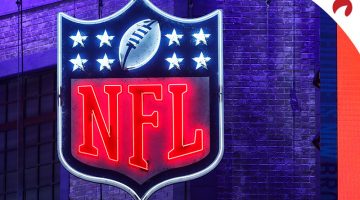