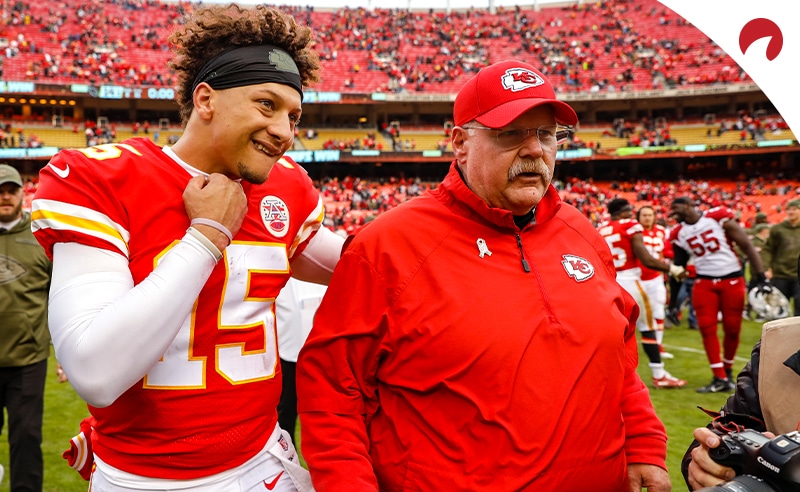 After a drought of nearly 50 years without making it to the Super Bowl, the Kansas City Chiefs have finally made it back to the final game and will face the San Francisco 49ers in Super Bowl 54 in Miami.

The Chiefs have been scoring at will in the playoffs and I’m going to make the betting case that Kansas City will win (and cover) in the big game and leave no doubt about who is the best team in the NFL.

Here are the three reasons why I’ve bet big money on the Chiefs to win Super Bowl 54:

When you think of the best quarterbacks in the NFL, if Patrick Mahomes isn’t at least in your top two choices, we can’t be friends because I don’t need that type of negativity in my life. Jokes aside, Mahomes is the best player in football and the debate among talking heads prior to the AFC championship about which player – Mahomes or Derrick Henry – they would start a franchise with seems laughable at this stage.

The Chiefs have the clear edge at quarterback in this matchup. Mahomes has been nothing short of spectacular in the playoffs – he sports a cool 12-0 touchdown-to-interception ratio in four career playoff games and has already overcome 24- and 10-point deficits just in this postseason vs the Texans and Titans.

There’s a reason he’s the Super Bowl MVP favorite. In contrast to my lack of faith in Jimmy Garoppolo, I fully trust Mahomes to be able to overcome nearly any opponent’s lead and I don’t think the Niners pass rush will be able to touch him all game.

Lost in the offensive hoopla of Mahomes and Andy Reid’s potent offense is the strength of the Chiefs defense this season. KC held teams to an average of 19.3 points per game, which is a difference of seven points per game compared to the porous defense they put on the field last year (26.3).

Diving deeper into the numbers, the Chiefs pass defense made the most significant improvement, only allowing an average of 221.4 passing yards to opposing quarterbacks to rank eighth in the NFL. If Kansas City gets a big lead, the Niners will be forced to throw and that will spell doom for San Francisco.

49ers Not Ready For Big Stage

Maybe it’s the fact that the San Francisco 49ers had such a crappy record for the last few seasons or that they feel, to me, like the new kid on the block, but I’m dubious they can continue to rise to the occasion in the NFL playoffs.

If you go up and down the 49ers’ 52-man roster, you won’t find too many players that have played in a ton of playoff games, let alone a Super Bowl. Offensive tackle Joe Staley and cornerback Richard Sherman are the only players to have made it to the final game.

Then when you look at the coaching staff, you start to get that gut-punch vision of Iain MacMillan slumping over in his chair and watching his favorite team, the Atlanta Falcons, blow a 28-3 lead in the Super Bowl vs the New England Patriots.

If you weren’t aware, Kyle Shanahan was the offensive coordinator for the Falcons at the time and after calling a brilliant first half, he inexplicably continued to pass the ball instead of running it, which gave the Patriots the extra time needed to mount the biggest comeback in Super Bowl history.

While Chiefs coach Andy Reid has been the butt of many jokes for horrendous decision-making and clock management in key situations, it’s never been a scenario where he had the game in hand and then did the exact opposite of what every NFL coach does in the history of football. Kansas City has the coaching edge and the 49ers know it.

That’s why I absolutely think the Chiefs will win Super Bowl 54 and as Uncle Rico from Napoleon Dynamite would say, “No doubt in my mind.”

Looking for a reason to wager on the underdog 49ers? I don’t know why, but check out Scott Hastings’ three reasons why San Francisco will win Super Bowl 54.