It is still perhaps a little too early to start talking about who will land the #1 seed in each of the conferences, although we certainly have some clear favorites emerging. The New England Patriots were beginning to look untouchable in the AFC, but their thumping at the hands of the Baltimore Raven may just have given some hope to the teams in the chasing pack. Things are even less clear over in the NFC, where there are a handful of teams who have a legitimate spot at moving into that #1 spot before the season comes to an end.


Let’s not forget that we are still only halfway through the regular season, so expect a lot of changes to come in the second half as the pressure begins to build. That pressure will begin in earnest on Monday night, as two of the best teams in the NFC go head to head. The 49ers will be looking to maintain their unbeaten record, while the Seahawks will try to make things tighter in the NFC West division race. The 49ers are a 6-point favorite at home, with the point total set at 47 ½.

Why bet on the Seattle Seahawks?

It isn’t very often that you see a team with 7 wins at this stage of the season not sitting atop their division with a relatively comfortable lead. That is where the Seahawks are at the moment, though, as their 7-2 record is only good enough for second in the West, with the unbeaten 49ers the team ahead of them. It goes without saying that the Seahawks really need this one if they are to win the division and potentially get themselves one of the top 2 seeds in the conference heading into the playoffs.


Seattle has actually been better on the road than at home this season, going a perfect 4-0 away from home. They are also 2-0 SU in divisional games. They are also 13-3 ATS in their last 16 games versus the 49ers.

Why bet on the San Francisco 49ers?

The San Francisco 49ers are the only unbeaten team left in the NFL this season, but their road to 8-0 has not always been a smooth one. They were perhaps lucky to beat the Steelers in the early going after turning the ball over 6 times, plus they barely got past the Arizona Cardinals last weekend in a game that they started as a big favorite.

The last 6 home games for the 49ers have ended with them going 5-1 SU, but they are also just 1-4 SU the last 5 times that the Seahawks have come calling, although it should be noted that those all came in the lean years for the 49ers. One thing that looks really good for San Francisco is that they are a great Monday night bet, going 13-2 ATS in their last 15 games in primetime.

This might be one of the best Monday night matchups that we have seen in quite some time, and I am of the belief that home field advantage might come into play here. I am on the 49ers to come out on top in a close one, which is why I like the Seahawks to cover. 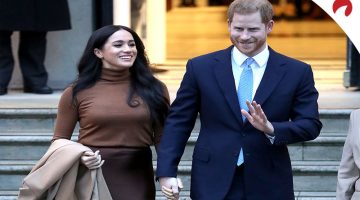