With the Miami Dolphins winning on Sunday, the Cincinnati Bengals are now the only winless team in the NFL. They come out of their bye and host the AFC North-leading Baltimore Ravens on Sunday. Baltimore is one of the biggest NFL betting favorites of Week 10 at Mybookie.

How to Bet Ravens at Bengals NFL Odds & TV Info

In Week 6, Baltimore beat visiting Cincinnati 23-17. Lamar Jackson passed for 236 yards and rushed 19 times for 152 yards and a score. Jackson became the first quarterback in the Super Bowl era to pass for at least 200 yards and rush for 150 in a single game. The Ravens had 269 yards rushing against the Bengals’ NFL-worst run defense.

Andy Dalton went 21 for 39 for 235 yards and scored on a 2-yard run with 1:28 left. But Cincinnati failed to a produce an offensive touchdown over the first three quarters. Baltimore compiled a 212-6 advantage in yardage and an 11-0 margin in first downs during the first quarter.

Why Bet on Baltimore?

The Ravens came out of their bye and upset the previously unbeaten Patriots on Sunday night, 37-20. Lamar Jackson completed 17-of-23 passes for 161 yards and a touchdown and rushed 16 times for 61 yards and two touchdowns. Jackson is on pace for just 3,622 yards, but with a 24:10 TD/INT ratio. He’s also on pace for 1,274 rushing yards.

Mark Ingram rushed 15 times for 115 yards. Ingram came out hot, burning the Patriots with a 53-yard run on the Ravens’ third drive. Ingram is on pace for 1,170 yards and 14 touchdowns. Gus Edwards rushed seven times for 27 yards and a touchdown. Edwards vultured a touchdown after an Ingram run set up the Ravens at the 12-yard line.

Perhaps the biggest advantage of the Ravens’ run game was their ability to sustain long drives. They entered Week 9 leading the NFL in average time of possession (35:15) and dominated the Patriots 37:01 to 22:59 in that category.

The Ravens scored four offensive touchdowns against a New England defense that had allowed four offensive touchdowns in its first eight games. Baltimore scored 37 points against a team that hadn’t allowed more than 14 in a game this season. With the win, the Ravens jumped to the No. 2 seed in the AFC as one of the conference’s hottest teams. They’ve won four straight games, two straight against legitimate Super Bowl contenders.

Under John Harbaugh, the Ravens are now 33-13 overall in November and 21-4 at home in November. Both are league-best records since Harbaugh became the Ravens’ coach in 2008.

Why Bet on Cincinnati?

That might be Dalton’s last start as a Bengal because the team during the bye announced that fourth-round rookie Ryan Finley would start this game. Dalton had been starting the past eight-plus seasons but the team is likely to release him after the season and wants to see if Finley is any good. If he is, then the Bengals won’t have to take a QB at the top of the 2020 draft. Finley had a nice career at NC State and was solid this preseason. He threw for three touchdowns and one interception while completing just over 73% of his passes during the four games.

“He’s done everything we’ve asked him to do so far,” Coach Zac Taylor said of Finley. “He had a good training camp. He’s absorbed the playbook the right way as any backup would. He had a great college career. That’s why we drafted him. He’s got a very calm demeanor, a consistent demeanor. I think the guys will respond to that. He throws with great anticipation and accuracy. He’s got good touch down the field and he can extend plays in the pocket a little bit.”

Some have compared him to Jared Goff. Finley lacks the type of arm strength most would like to see at the NFL level, but he’s very accurate. The Bengals might also see the season debut of top receiver AJ Green on Sunday. He injured his ankle early in training camp and had surgery. Defensive players Carl Lawson and Darqueze Dennard missed the past two games due to injury but should play. On the offensive line, Andre Smith was cleared to play in Week 8 against the Rams after missing the previous two games with an ankle injury but did not make an appearance. Sounds as if Smith will also play. 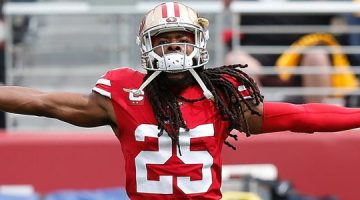 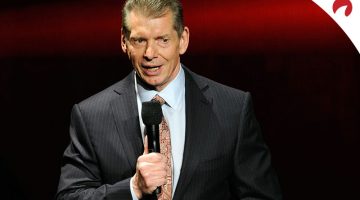