Odds to Finish with the Worst Record in the NFL 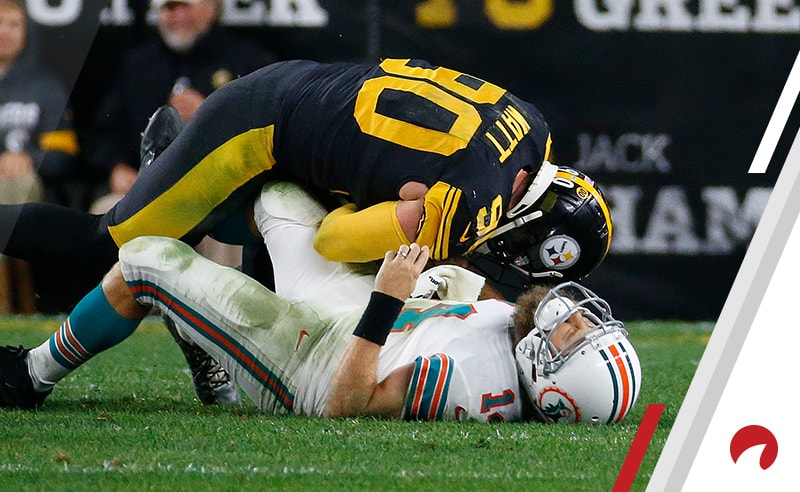 Lost in the excitement of the 2019 NFL season is how poorly some teams have played through nine weeks. One team in particular, the Miami Dolphins, has made it known they have no plans to compete this season and are trying to secure the No. 1 overall pick in the 2020 NFL Draft.

The Fins have traded away nearly all of their star players, are starting a journeyman quarterback in Ryan Fitzpatrick, are 1-7 SU and according to online sportsbook BetOnline have the best odds to finish with the worst record in the NFL in 2019 at +150.

Coming after the dumpster-fire tank job in Miami is the winless Cincinnati Bengals, who are doing their best impression of a tipped-over port-o-potty and have +175 odds to finish in the league basement.

Not to be outdone, in the AFC East the New York Jets sit at +300 on the oddsboard and their ineptitude has some NFL analysts and bettors wondering if the whole team got mono when QB Sam Darnold contracted it back in Week 2.

Rounding out the list are a pair of one-win NFC teams in the Washington Redskins (+550) and Atlanta Falcons (+700). Both teams had high hopes coming into the season but proceeded to poop the bed and make costly mistakes time and time again. Atlanta has been so bad that known Falcons fan Iain MacMillan has considered removing his Falcons tattoo from his left butt cheek.

Odds as of November 6 at BetOnline

Why the Dolphins Won’t Finish Last in NFL

As bad as the Miami Dolphins have generally looked through nine weeks of the NFL season, they have looked sharp over their last two games and they have a second-half schedule that could lead to some wins.

They got their first win vs the Jets in Week 9 and looked competitive in Week 8 on the road vs the Steelers, which shows that QB Ryan Fitzpatrick can still summon some weird magic from time to time and push an offense to greater heights. Now, they’ve got eight games left and four of them are against teams with losing records (Giants, Jets, Bengals and Browns).

I think that Miami will win at least two of those four. The games against the Jets and Bengals could ultimately decide which team ends up with the worst record in the league.

It may be low-hanging fruit to take the Cincinnati Bengals to finish with the worst record in the NFL in 2019 but all you have to do is look at basic stats and their game log to see how obvious it is. The Bungles are in the bottom five in points scored per game and points allowed and have yet to win a game this season.

They’ve been so bad that first-year head coach Zac Taylor has opted to go with rookie QB Ryan Finley instead of longtime starter Andy Dalton for the foreseeable future to rally the troops. Finley will have his hands full trying to manufacture offense with a team that only has one healthy wide receiver in Tyler Boyd and has an offensive line that has already allowed 28 sacks (ranked 26th) and a rushing attack that ranks dead last in yards per game (59.5).

It’s been so bad in Cincy that BetOnline is also offering a prop on whether the Bengals will finish 0-16 this season, with the odds down to +600 for that to come to fruition.

Odds as of November 6 at BetOnline

Looking at the Bungles’ schedule, they have some winnable games vs the Jets and Dolphins. In fact, all bettors who lay money on this prop will have the viewing pleasure of watching The “Piss-Stained Toilet at the Pub After 2 a.m. Close” Bowl in Week 16 when the Dolphins host the Bengals.

That game will ultimately decide who gets the No. 1 pick in the NFL draft and the right to pick their quarterback of the future from Alabama’s Tua Tagovailoa, LSU’s Joe Burrow and Oregon’s Justin Herbert.