Odds To Be Next Monday Night Football Announcer 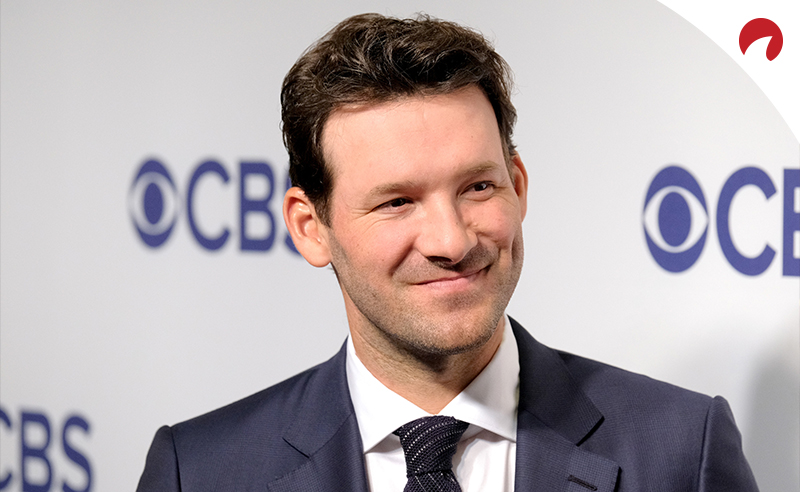 After another frustrating season of Monday Night Football games with Joe Tessitore and Booger McFarland in the announcing booth, it seems ESPN is ready to make another change, as the sports broadcaster may have its sights set on Tony Romo to call its NFL games.

Online sportsbook Bovada has Romo as the favorite to make the leap from CBS and take his precognitive skills to the Disney corporation for the start of the 2020 NFL regular season. Romo is on the final year of his announcing deal with CBS and would become a free agent after the NFL playoffs.

Following Romo on the oddsboard is legendary QB Peyton Manning (+450), who has been doing features called “Peyton’s Places” for ESPN over the last two seasons and was the favorite to take this gig after the departure of Jon Gruden.

Also at +450 is former punter-turned-commentator Pat McAfee. Next on the oddsboard are retired NFL quarterbacks Dan Orlovsky and Kurt Warner, both at +900.

Why Tony Romo Is The Favorite

As Booger McFarland would likely say, “In order for ESPN to have a new play-by-play analyst, they’ll need to hire someone.” So, let’s take Boog’s advice and dive into why Tony Romo is the fave.

Since Romo retired as the quarterback of the Dallas Cowboys, he’s been featured on CBS NFL coverage with Jim Nantz and they are arguably the best announcing duo in the business. Nantz’s smooth narration is complemented by Romo’s ability to predict plays before they even happen and it’s helped the average football viewer to be more educated about the game.

ESPN obviously noticed that too and it’s been a completely opposite reaction on social media for the CBS broadcasting duo compared to the “Wide World Sports Leader” incumbents. I’m sure Tess and Boog are nice people but I think I speak for a lot of viewers in saying they have some announcer shortcomings that are too hard to ignore.

Tess gets waaaay too excited over monotonous plays in a football game while Boog has an awful habit of saying the most obvious thing that makes it seem like he lacks intelligence (which he doesn’t).

Here are some examples of Boog-isms just from this season:

“This is a win-or-go-home game” during the Bills-Texans wild-card playoff game. He also hilariously said during that game that the Bills should run a draw play on third-and-10 and then spike it.

“The Minneapolis Miracle was one of the worst things to ever happen to the Vikings,” he said in reference to the playoff game two seasons ago between the Saints and Vikings that Minnesota won on a Hail Mary.

While this stuff may be hysterical to someone like me, I can’t imagine ESPN likes being made the butt of a joke during a nationally televised game. So, while it’s not official that they’ll be moving on from Tess and Boog, the writing is on the wall considering neither is among the betting options for this prop.

Hmmmmm, I Don’t Know About That, Jim

While Romo is the big fish on the market and could be paid upwards of $10 million to move to ESPN, CBS may match that offer, so bettors need to consider some other options.

Carolina Panthers tight end Greg Olsen (+1000) was getting some broadcast reps last season with Fox and seemed competent when doing analysis during pregame shows. Ian Eagle (+1800) is currently a play-by-play commentator for CBS and TNT and has been a hidden gem for the network and would easily transition to this role.

ESPN would do backflips if they could get Peyton Manning in the booth after courting him in 2018, but Manning seems to be content doing the NFL features for ESPN.com and making bank while singing “Chicken parm tastes so good.”

It remains to be seen how ESPN would pivot if Romo became unavailable but one thing is for certain, a change is coming and we’ll be spared having to mute our televisions for Monday Night Football.

Also, it’s worth mentioning that  Bovada is grading this prop for both color commentator AND play-by-play announcer, so it is possible for multiple correct answers.

Who do you think takes over for Boog and Tess for ESPN’s Monday Night Football broadcast? Let us know in the comment section.

Odds as of January 10 at Bovada