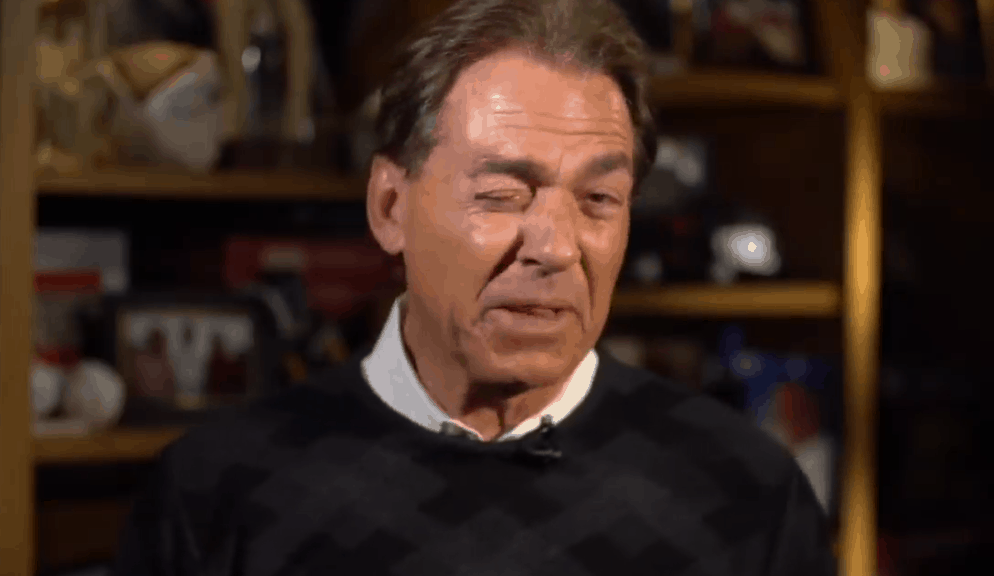 Nick Saban is way different than the average Connor living at the end of your freshman dorm’s floor but he is alike in a few very specific ways. First, he’s super into college football. Second, he doesn’t have the healthiest breakfast habits.  Third, he is singularly focused on one thing, though his is winning and Connor’s is getting loose and conversational with the ladies of Chi Omega. And finally, both enjoy a good Deez Nuts joke.

Former Crimson Tide and current Oakland Raiders running back Josh Jacobs dropped a bombshell on the Dan Patrick Show this morning when it comes to the legendary coach’s sense of humor.

“He likes to do a lot of Deez Nuts jokes,” Jacobs said. “It’s funny because I haven’t heard one of those since like middle school. One day I caught like five passes in a row and he was like, ‘hey Josh, if you want to hold all the balls, hold these.'”

That sound you hear is the nervous shifting of @WorldofIsaac, the internet’s current leader in Deez Nuts humor, getting a bit antsy knowing that someone’s coming for his crown. Someone with a big name and winning acumen.