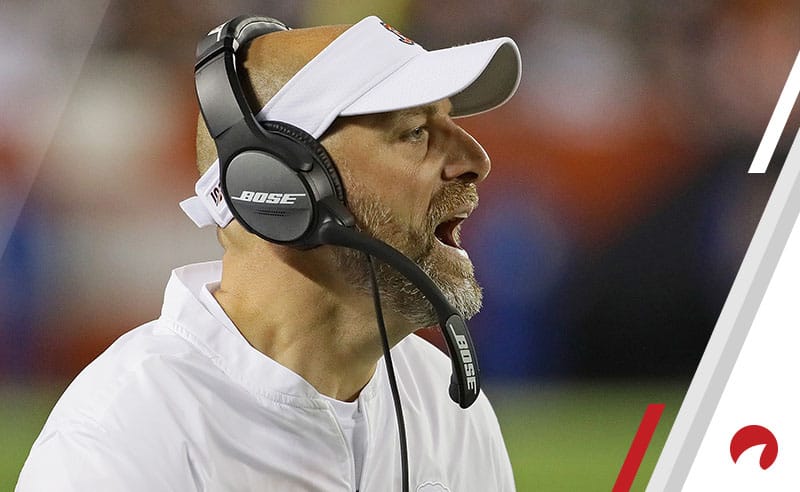 Week 1 of the NFL provided us with everything we could ask for. We had a thrilling matchup between the Texans and Saints, we got some clarity on how good the Bears really are, or aren’t, some received a considerable change of heart on Marcus Mariota and the Titans, and a couple of teams that we thought would be pretty good might actually be great – I’m looking at you, Ravens and Cowboys.

Coming into the season, there were a few futures lines that gave us an outlook as to how the season might unfold. For example, the Bears were favorites to win the NFC North at +175 but with a Week 1 loss against the Packers to open the season, those lines have now been adjusted.

The Vikings are the new favorites at +125, followed by the Packers at +150, with the Bears dropping to +325. It’s too early to pinpoint whether or not the Bears could still be a great team this season, but their schedule doesn’t get any easier with the Saints, Chargers, Eagles, Rams, Cowboys, Packers at Lambeau, and Chiefs still to play. Though the Bears could still have a 10-win season, it will be a tough feat to replicate last year’s 12-win success. If you followed Scott Hastings’ suggestion of taking Bears UNDER 9 wins, then you’re off to a good start.

Week 1 overreaction: The Cowboys are going to the Super Bowl! Week 1 reality: The Cowboys may actually be as good as we think they are. New offensive coordinator Kellen Moore may be molding Dak Prescott into a major pass-heavy threat. Prescott showed signs of greatness, posting a 78 percent completion rate with 405 passing yards, tying a personal career high. His 25 completed passes were to seven different receivers, two of whom had 100-yard days – Michael Gallup (158 yards) and Amari Cooper (106 yards).

Yes, it was against the Giants, but if the Cowboys continue to roll like they did in Week 1, then the Eagles (-150 to win the NFC East) could have some real competition. The Cowboys moved from +140 to now -115. Their schedule for the next few weeks is looking pretty juicy as they are set up to face an easier slate of passing defenses in the Redskins, Dolphins, Saints and Jets. It’s got to feel good to be holding a Dallas to make the playoffs (-105) ticket right about now.

There was so much hype in the preseason over the Cleveland Browns. A team that has won a combined eight games in the last three seasons was the favorite to win the AFC North at +125, followed by the Steelers (+160) and the Ravens (+325). They definitely disappointed, allowing Marcus Mariota to pass for 248 yards, three touchdowns and zero interceptions, while Baker Mayfield had a rough opener with three picks.

One of the more intriguing team props before the start of the season was Baltimore OVER 8 wins and could have been paired with the Ravens to make the playoffs. With Week 1 completed, Lamar Jackson and his squad move up to favorites to win the division at EVEN.

The Ravens’ next five games look enticing, as four of their opponents in that stretch are teams that were bottom 10 in rushing defense last year, which bodes well for a team stacked with running backs and that accounted for 262 rushing yards in Week 1 against the Dolphins. In Week 5, they do face the Steelers but it will not be a prime-time game.

A division that is still up in the air and likely to go back and forth week after week. Three of the four teams found a loss in Week 1 with the lone winner being a surprising Tennessee Titans team. Not only did they cover as 5.5-point road dogs, but they won outright, putting a Browns team to shame, outscoring them 43-13.

Prior to the season, they were fourth in consideration to win the division at +500 and now find themselves in a significantly better spot at +185 behind the Texans (+135).

It’ll be interesting to see where this Tennessee team will go this season. Mariota is in the final year of his rookie contract so motivation will always be a factor for him individually week after week.

Odds to Win the Super Bowl

You can probably write these teams off:

The Cardinals and Dolphins are the two teams most likely to be “fighting” to earn the No. 1 overall draft pick in 2020 so I don’t expect much from any of these teams listed.