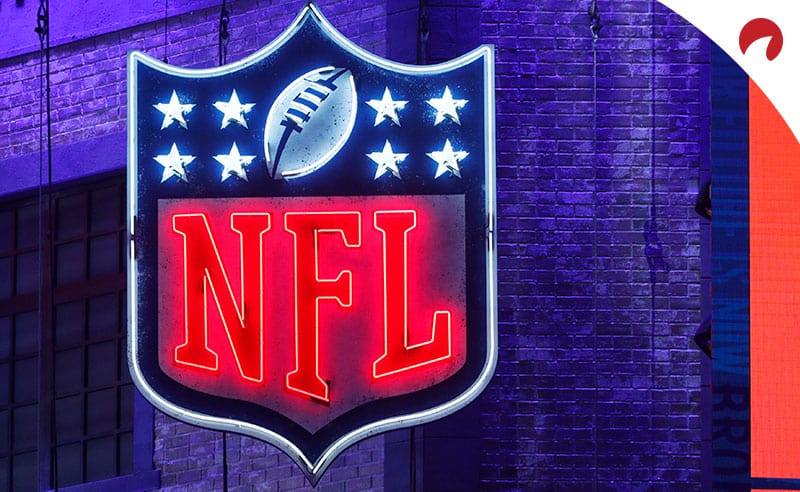 Like the rest of the sporting world, the status of the 2020 NFL Draft has been hanging in the balance due to the COVID-19 pandemic. According to recent reports, the draft is scheduled to still take place, but it will happen in a TV-only studio setting.

NFL Draft Gets Scaled Down

Last week, NFL commissioner Roger Goodell announced that the draft – set for April 23-25 – would go on as planned in Las Vegas but without fans. The league stated it was “exploring innovative options” for how to conduct the draft.

Those plans appear to no longer be in place, as teams are likely now to announce their selections from their own headquarters in cut-ins from the live television broadcast. The concept makes sense considering the NBA, NHL and MLB have suspended their seasons due to the outbreak, but the luster of the draft will be significantly decreased due to the stripped-down atmosphere.

The good news for football fans is the draft appears to be full steam ahead, and that means betting props have hit the board for the occasion. Online sportsbook BetOnline has released a litany of odds for the 2020 NFL Draft, including the first player drafted at each position, specific rounds for when players will be taken, and OVER/UNDERs on draft position.

Heisman Trophy-winning quarterback Joe Burrow going to the Cincinnati Bengals looks to be a lock, so that’s why there aren’t any prop specials on who will go at No. 1. The last time the shop was offering odds on the first player selected was in mid-December, when Burrow was the heavy -225 favorite.

Where Will Tua Go?

One of the more interesting soon-to-be NFL rookies in the draft is Tua Tagovailoa. The former Alabama QB suffered a hip injury in the 2019 regular season and was forced to miss the remainder of the campaign as a result. Tagovailoa is reportedly healing more quickly than expected, and the injury is not projected to hinder his status as a projected franchise quarterback.

The Miami Dolphins, who possess the No. 5 pick in the 2020 NFL Draft, are the team that’s been tied the closest to the Hawaiian. Tagovailoa is the overwhelming -500 favorite to be the second QB off the board, and the likeliest outcome on his draft position is to go at No. 3 (+175 odds).

The Detroit Lions own the No. 3 pick but could look to trade down and acquire more picks if a quarterback-needy team wants to leapfrog the Dolphins and pick him. Regardless, I like the +200 number for Tua to go at No. 5. I simply can’t see the ‘Fins passing on him at this point.

Take a look at the book’s full list of draft props. Where do you think the value is? Have your say in the comment section. For more football betting information, check out our NFL page.

How to Read NFL Draft Odds

When you check out any of the top online sportsbooks, you’ll see prop odds listed like so:

In this scenario, Tua is the favorite to go first overall. You can tell this by the minus sign (-). The rest are considered underdogs. You can see this because of the plus sign (+). If there is no clear fave, then the player with the lowest odds would be it. For instance, if Tua was at +150 instead of -150, he’d still be the fave since his odds are the smallest.

Let’s say you think that Joe Burrow is going to put on a clinic this year, and you bet $100 on him. You’d get a payout of $300 – your original $100 comes back along with your winnings of $200. Our Odds Calculator will show you how much you’d win based on the odds and amount bet.

What is a Football Prop Bet?

When you bet on NFL draft odds, you’re making a prop bet. This is a bet on the occurrence or non-occurrence of certain player or team milestones that may not necessary correlate to the outcome of a particular football game. You can make this kind of bet as soon as draft odds are announced. If you see odds you like, we suggest jumping on them quickly as the lines will move as the college football season progresses and players succumb to injury or their performance starts to lag.