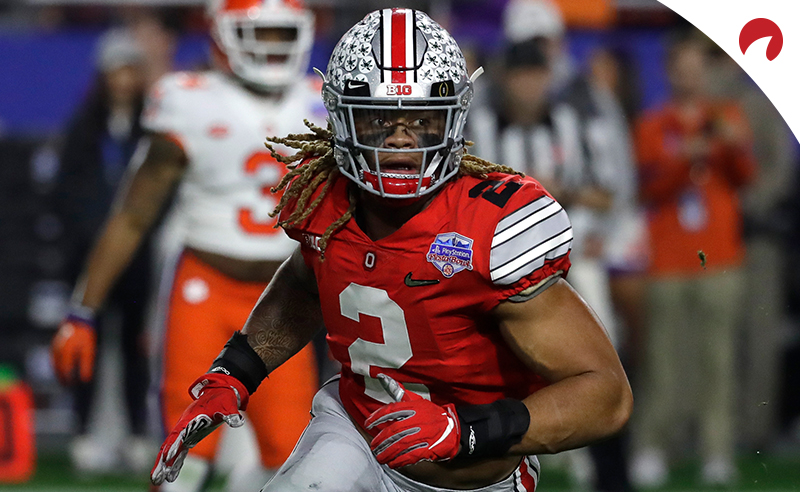 LAS VEGAS — Unless you wanna bet soccer, UFC or darts, there ain’t much on the board. However, we have had a ton of questions from our readers about futures bets, the season-long wagers we all love.

Reached out to a few sportsbook directors that we’ve known for years, and they didn’t really have a handle on it yet. Circa, a relatively new book here in Vegas, will be refunding ALL futures. It might actually differ from sportsbook to sportsbook. As soon as we get some solid information, we’ll throw it your way.

As for DARTS, they have a Premier League. And this guy from the Netherlands, Michael van Gerwen, has won the last three titles. Gonna watch some old dart tourneys on Sky Sports and let you know if it’s worth a wager.

Young Favored to go No. 2 in NFL Draft

Not sure if the NFL is gonna move the 2020 draft, which is scheduled for April 23 here in Vegas, but there are some delicious props available. The No. 1 pick is a no-brainer with Joe Burrow listed at -2000 depending on where you shop. So, the No. 2 pick becomes interesting, with Ohio State’s Chase Young at -200 followed by Alabama’s Tua Tagovailoa at +150.

We still have UFC available tomorrow in Brazil, and some soccer in Mexico, Russia and Turkey.

Out here in Vegas, the famous Strip is GHOSTLY. Kinda reminds me of the days after 9/11 when me and Mrs. Ecks & Bacon were the only people walking around. All the buffets are shut down, the hotels are offering up to 75 percent discounts and the airlines might start paying you to fly. It’s all VERY scary, and don’t wanna come across as flippant, but we WILL get back to normal, just not sure when.

Not too worried about my people, the (with GREAT RESPECT) average joes who read my column every day. My guys that bet $25, $50 and maybe $100 per game. As for the sharps or wise guys, the SIX-figure bettors, they have bankrolls that will be able to ride out this virus.

I do worry about the working stiffs – again, I say that with GREAT RESPECT, because I’M a working stiff, as was my dad and his dad before him. The people that work at the stadiums and arenas that are shuttered. The ticket-takers, the food people, the security folks. Praying that the BILLIONAIRES take their lead from the SPECTACULAR Mark Cuban, and PAY each & every salary while the suspensions remain in place.

All the Ecks & Bacons here in Vegas are well & strong, and we wish the same for ALL of YOU ALL!!!