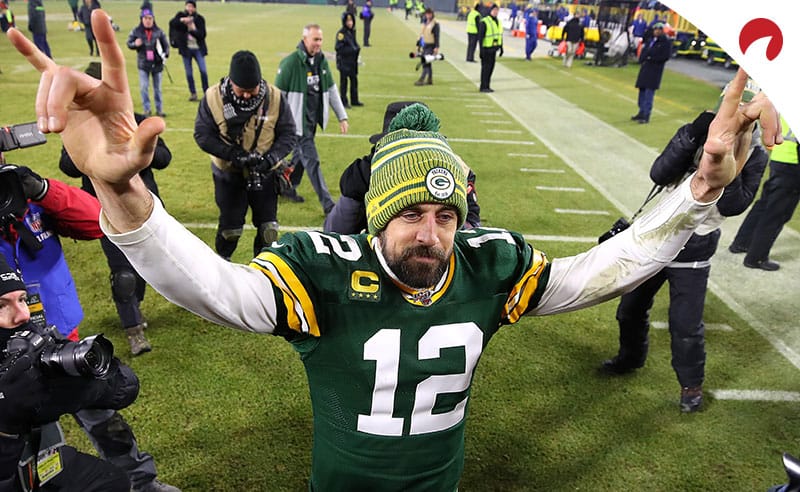 LAS VEGAS — Championship Sunday on tap and we’re ready to get out the broom and sweep BOTH selections into the win column. Let’s ROCK!!!

Start with the Titans +7 points over the Chiefs. And you tell me what’s gonna change? We looked back at this matchup in Week 10 when Tennessee rumbled past Kansas City in Nashville 35-32. Patrick Mahomes put up his usual numbers, 36 of 50 for 446 yards and three TDs. On the other side, keeping with their run-first philosophy, Ryan Tannehill hit on 13 of 19 for just 181 yards and two TDs.

But the GIGANTIC number, the number that POPS and hits you right in the face is Derrick Henry’s 188 yards on the ground. Has K.C. suddenly become a team that can stop the run? Can ANYONE stop Henry? C’MON, the guy is a Marvel comic book SUPERHERO! He gobbled up 182 yards against the No. 2 defense in the NFL, New England, then roughed up the No. 3 D, Baltimore, for 195 yards.

Kansas City checked in with the No. 12 defense overall, and No. 26, yes, TWENTY-SIXTH against the run. Just sayin’. If Bill Belichick and John Harbaugh couldn’t design a scheme to stop him, how is Andy Reid, who we love, gonna put this guy in a box? Of course Andy is gonna have some wonderful, creative and delicious razzle-dazzle on his playlist, but again, OH HENRY!

Love the vibe that Mike Vrabel has brought to Music City, and while we’re not gonna go moneyline and call an outright upset, think this game will end with K.C. on top 31-27.

Close up shop for the day with the Packers +7.5 points over the 49ers. Gonna start out with a look back at the Week 11 matchup on this same field, when San Francisco DESTROYED Green Bay 37-8. Totally and utterly the Packers’ UGLIEST game of the season. Aaron Rodgers was only 20 of 33 for 104 yards and was sacked five times. The other Aaron, Jones, was held to just 38 yards rushing.

On the other side, Jimmy Garoppolo was steady and conservative, hitting 14 of 20 for 253 yards. And Davante Adams, Rodgers’ go-to weapon, had seven grabs, but for a total of only 43 yards. Why? Mostly Richard Sherman. Sherman lined up against Davante 16 times, and allowed just one catch for seven yards. Ouch! That’s gotta change on Sunday, and it will.

Think that Jimmy Graham will play a bigger role, and don’t see Mr. Discount Double Check getting embarrassed twice by the same team. Also don’t see the Niners holding Jones to 18 yards on the ground like they did Dalvin Cook. NO WAY, emphasis on the WAY!

Think Mike Myers in the Wayne’s World sketches, and you get my flow. If he is held to 18 or less, everyone’s invited to Casa VIC here in Vegas for the bar-b-q of a lifetime. You WILL have access to my jacuzzi, which has 88 various-style stainless steel hydrotherapy jets, but has to be limited to the first eight people that email me. Why? We only seat eight!

Lemme take you back to the championship games last season, when BOTH road teams won OUTRIGHT, both in OT. Also, lemme take you back to the 2015 regular season when the Pack lost to Arizona 38-8. The Cheeseheads went back to Arizona, in the playoffs, and lost 26-20, covering the spread as a SEVEN-point dog. That’s why I’m buying Cheese but thinking the 49ers squeeze out a W by, what else, six points, 28-22.