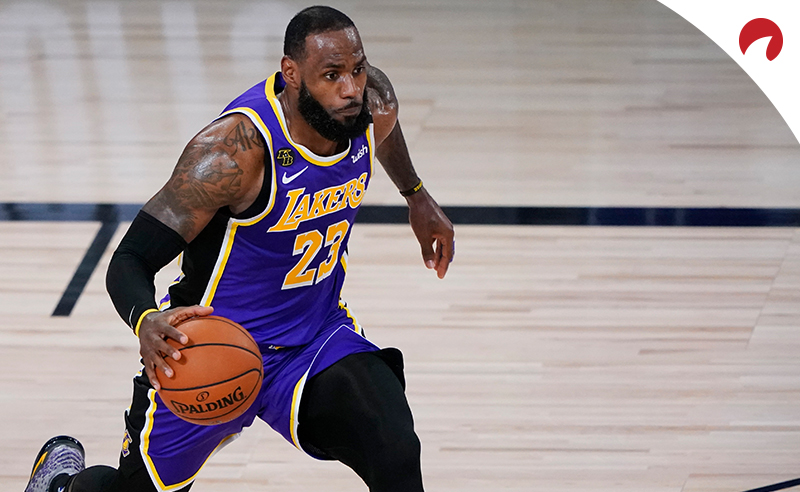 LAS VEGAS — Gonna look at the opening game of the Western Conference final tonight, and it AIN’T L.A. against L.A., which everyone, including EVERY TV exec, was PRAYING for. Denver crashed the party and will provide some new blood in the NBA.

Is your school of thought with Uncle Mo and the Nuggets after two DAZZLING escapes from 3-1 down against the Jazz and Clippers?

Or, the GREATEST player on skates, oops, in sneakers, LeBron, who has had six days to recharge his battery? My school is out on picking a Game 1 winner. Just gonna watch and see where the flow takes me. Actually, can’t just watch, so we’ll take a little taste of Kyle Kuzma’s total points. The OVER/UNDER is set at 10.5 points, and we’re gonna take The Kuz, or Kris Kross, and go OVER!

On the ice, no offense to all my Canadian friends, but do you think ANYONE is gonna be watching the Stars vs the Lightning??? Sure, they’ll be betting on it, but outside of Dallas and Tampa, and a few hot spots in Canada, the eyeballs will be scarce.

Hockey will be fighting with the NBA, MLB, UFC, soccer all over the world, the U.S. Open golf and a bunch of college football games. Still, there’s money on the table, and we’re gonna rake a few chips off with an underdog play on the Stars in Game 1.

You need some LOVE for Sunday’s NFL card? Gotcha.

Looking at the Bills -5.5 points over the Dolphins. Going ALL-IN on my favorite New York, actually, the ONLY team in New York, the Bills. Last season, the Buffs had no trouble with the Fish, posting a 31-21 win at home, and then an even easier 37-20 W down in Miami.

One week doesn’t make a season, but the GIGANTIC stats gap between these two is Grand Canyon-esque. Allen was 33 of 46 for 312 yards, 2 TDs and NO INTs, while Fitzpatrick hit 20 of 30 for only 191 yards, with NO TDs and THREE INTs.

Fitz from Harvard gets the nod over Allen from Wyoming in the classroom. But we AIN’T ZOOMING today, we’re on the grass, and it’s gonna be an easy-breezy W for the Buffs. Only one thing left to say, and you know what’s coming, this IS my BEST BET, BAABBEEE!!!

EVERYONE thinks picking winners is easy. I got a guy who is flat-out MONEY picking stocks and commodities, and has made me a bundle of cash. I call him the Other Silver Brother, and his best bet is Seattle -4 points at home against the Patriots. Let’s see if he’s as good with the NFL market as he is with the stock market.