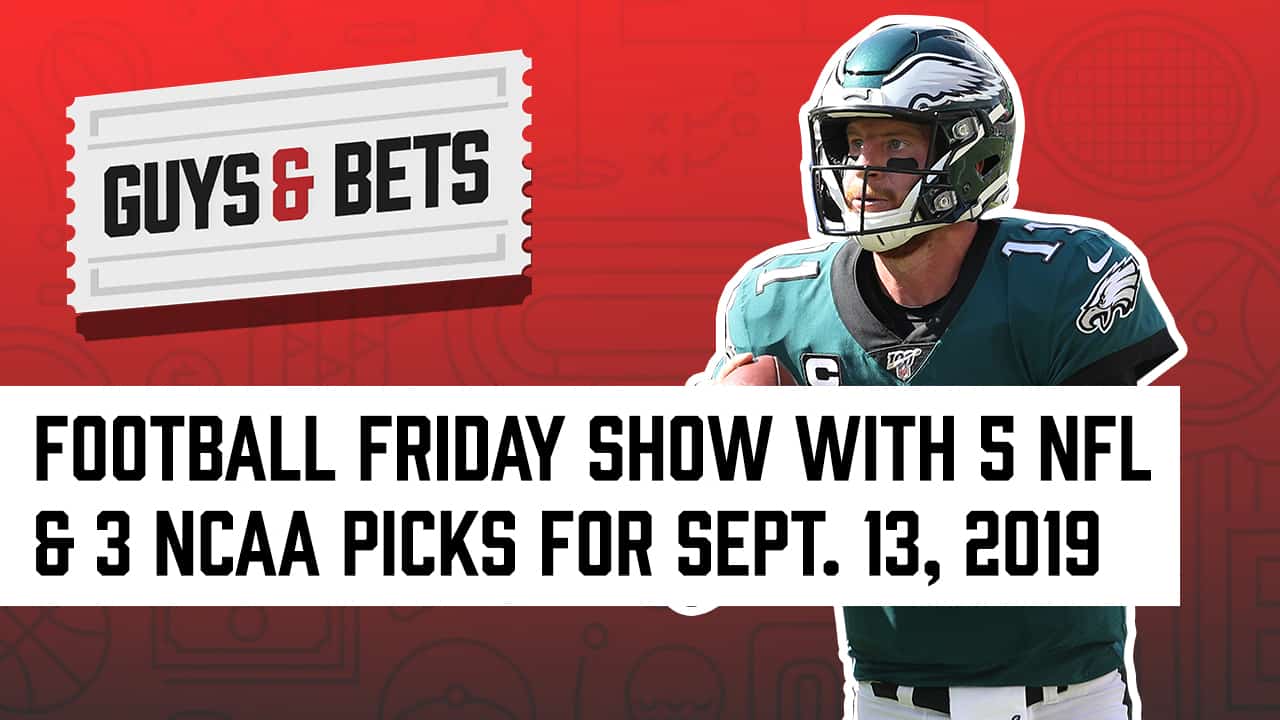 Joe takes the lead with a spread bet on Sunday’s meeting between the Arizona Cardinals and host Baltimore Ravens with the home team as large chalk considering what they did to the Miami Dolphins in Week 1.

Kris tackles the college football beat and starts with a side play as the North Carolina Tar Heels visit the Wake Forest Demon Deacons in ACC action Friday night.

Next up from the college football landscape, Kris caps the battle of the Cougars with Washington State visiting Houston.

Joe’s final NFL pick is a 6-point teaser taking a look at two big favorites from the Week 2 board.

Kris’ final NCAA pick comes from the state of Florida as the Central Florida Knights host the Stanford Cardinal.

Pamela Maldonado joins the show to break down her spread bet for the NFC North battle between the Minnesota Vikings and Green Bay Packers while Kris breaks down Harry Gagnon’s pick – he couldn’t join the show due to a tech issue – involving the total between the Philadelphia Eagles and Atlanta Falcons.