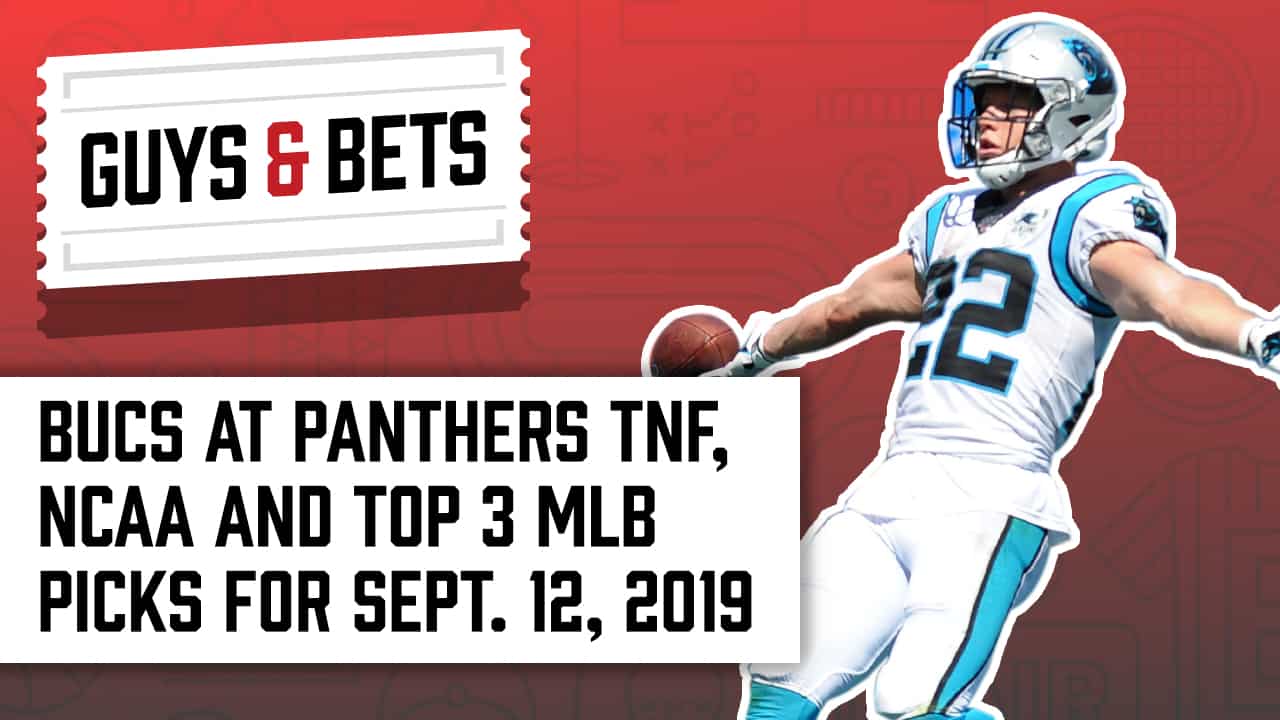 We finally have some football today as the Carolina Panthers host the Tampa Bay Buccaneers to kick-start Week 2 of the NFL slate and Joe Osborne and Kris Abbott break down this game and much more on today’s episode of Guys & Bets.

Joe gets us started with a play on a side in the Thursday nighter while Kris has a game prop for your consideration that he feels very strongly about.

Kris keeps the football going with an early look at the Georgia Bulldogs hosting the Arkansas State Red Wolves as a fairly large home favorite in Week 3 of the college football schedule.

After that, it’s on to the Major League Baseball board and the guys have three plays. Joe starts us off with a runline play as Lucas Giolito and the Chicago White Sox host the Kansas City Royals.

Kris takes a shot on some baseball betting with a play on the total as the Toronto Blue Jays entertain the Boston Red Sox in an American League East matchup.

Finally, Joe closes the show with a play on the total for the Tampa Bay Rays at the Texas Rangers.