Colin Cowherd on Eli Manning Getting Benched For Daniel Jones 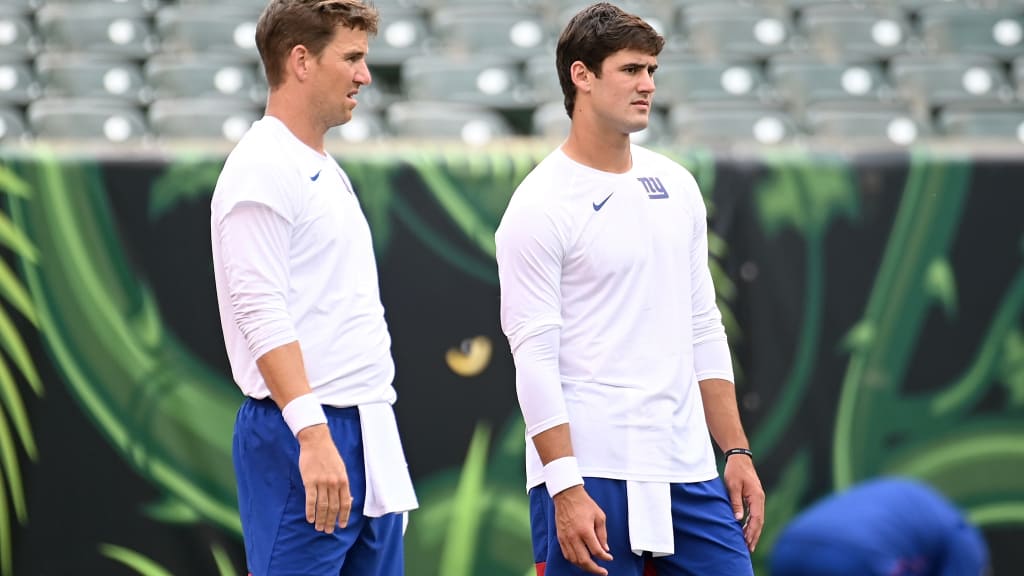 Eli Manning was officially benched for Daniel Jones today after the New York Giants’ 0-2 start. Thus ends the Eli Manning era which began in November 2004 and lasted nearly 15 years. The question now becomes, will Eli stand with his team and mentor his rookie replacement? Or will he try to force his way out in a manner similar to how he showed up in New York in the first place? Colin Cowherd is hopeful that Eli takes the dignified path.

When I first heard Cowherd say that the Giants should have benched Eli five or seven seasons ago, I assumed it was an exaggeration. I mean, Eli was a Pro Bowler in 2015 and has thrown for over 4,000 yards four of the last five seasons. And then you see the results. Since winning his second Super Bowl in February 2012, Manning has led the Giants to just two winning seasons and one very short trip to the playoffs where the Packers beat the Giants, 38-13. Eli turned the ball over twice.

How have the Giants been so bad for so long? Did their mediocrity get caught up in the Patriots’ consistent excellence just because of the two Super Bowl meetings? What took so long for the Giants to move on?

Now they can move on and if they’re lucky, they’ll have a veteran giving Jones advice. You would think that Eli owes it to the team after they stuck with him as he declined and all the while paid him handsomely to do so.