There is an old saying about the show going on in the face of any kind of tragedy, but the show definitely came to a halt in LA for a few days earlier this week. The untimely passing of Kobe Bryant las Sunday cast a shadow over the entire league, but it was especially dark in the City of Angels, where Bryant played his entire career on his way to becoming an NBA legend. The Lakers family was the one that was most heavily affected, but it was also news that hit people hard, even those who are little more than casual fans of basketball.

The game between the Lakers and the Clippers earlier this week was postponed, but the lights will be back on in Staples Center on Thursday night when the Clippers hit the court to face the Sacramento Kings. This is the house that Kobe built, but the Clippers are currently trying to feel like more than just second class citizens, as they look to make a championship run this season. The Clippers come into this one as a 13 ½ point favorite, with the point total currently set at 227 ½.

Why bet on the Sacramento Kings?

While certainly not in possession of the worst record in the league, the Sacramento Kings are bow so far off the playoff pace that they might as well be that bad. They come into this game sporting a 17-30 record that has them down near the bottom of the Western Conference. They have not really shown much life all season long, but they are in particularly poor form right now, winning just 3 of their last 10 games.

What may come as a surprise to some is that Sacramento have actually been a little better on the road this season, winning 9 games away versus 8 at home, but that total is certainly nothing to crow about. They are on a 2-6-1 ATS run in their last 9 games and have failed to beat the Clippers in their last 10 meetings.

Why bet on the LA Clippers?

As it stands right now, the LA Clippers look like the team most likely to mount a serious challenge to the Lakers in the Western Conference. While the rest of the chasing pack have been dropping games of late, the Clippers are on a modest 2-game winning streak that has seen them go 8-2 in their last 10 games.

That takes their overall season record to 33-14, which has them just 3 ½ games back of the Lakers at the top of the conference. It took the Clippers a moment to get rolling, but they look like a team that might just make a serious push after the All-Star Break. The Clippers are an impressive 19-4 on home court this season and are 14-9 ATS in those games. They are a perfect 5-0 ATS in their last 5 at home against the Kings.

When these two met earlier this season in Sacramento, it was the Clippers who came away with a very comfortable 105-87 win. I think we are looking at more of the same here, which is why I have the Clippers to win and cover. 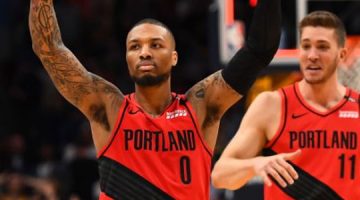