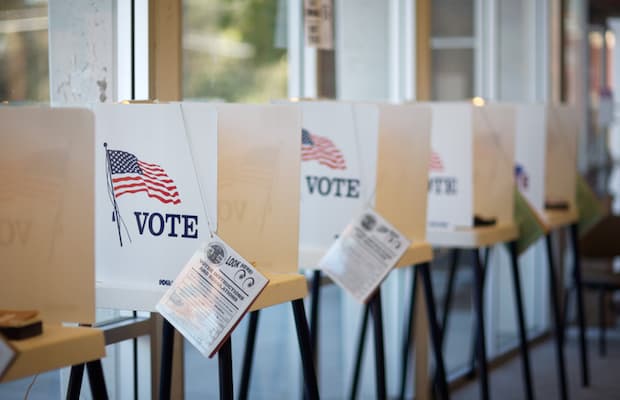 Colorado voters appear almost evenly split on whether to legalize sports betting in the Centennial State.

So even, in fact, that as of Wednesday, officials needed nearly another full day to determine whether the Colorado sports betting referendum will pass.

The Associated Press called the race Wednesday afternoon in favor of ‘yes’ votes.

Proposition DD attracted more than 1.3 million votes Tuesday in Colorado. As of early Wednesday after, ‘yes’ led by roughly 20,000 votes, or about 1.5%. The final margin nearly proved significant in terms of triggering a recount, according to the AP:

Just a reminder, Colorado folks: The state usually has about 8 percent of the vote uncounted at the end of Election Night tallies.

And state law mandates recounts when the margin is less than .5 percent.

So if DD stays the way it is, we won't have an answer for a while.

“Black markets aren’t conservative and they aren’t good for Colorado. Bringing sports betting into the daylight, regulating it, and leveraging it for the benefit of our water future is a common-sense approach. I’m glad the voters agreed,” House Minority Leader Patrick Neville said.

The main obstacle in Colorado

The voter-approved constitutional amendment requires that any legislative vote to raise taxes go to the ballot for public concurrence. Even though Colorado legislators approved statewide CO sports betting this spring, they essentially only decided to let voters have their say.

The legislature held an option to avoid the ballot after Colorado’s attorney general issued an opinion that a vote was not needed. Legislators opted for the more cautious route under TABOR and chose to seek voter approval.

SHALL STATE TAXES BE INCREASED BY TWENTY-NINE MILLION DOLLARS ANNUALLY TO FUND STATE WATER PROJECTS AND COMMITMENTS AND TO PAY FOR THE REGULATION OF SPORTS BETTING THROUGH LICENSED CASINOS BY AUTHORIZING A TAX ON SPORTS BETTING OF TEN PERCENT OF NET SPORTS BETTING PROCEEDS, AND TO IMPOSE THE TAX ON PERSONS LICENSED TO CONDUCT SPORTS BETTING OPERATIONS?

What’s in the Colorado bill?

Each of Colorado’s 33 casinos could apply for a master license. The cost of that two-year license remains to be determined.

An approved casino then could partner with a land-based operator and an internet operator (or use the same partner for both) and utilize one online/mobile platform. In short, mobile Colorado sports betting would become legal.

A proposed 10 percent tax rate creates an industry-friendly climate for sports betting. Both esports betting and high school sports would be banned.

Voters split along largely predictable urban and rural lines on whether to approve Colorado sports betting.

Below is a county-by-county look at how Colorado voters broke: